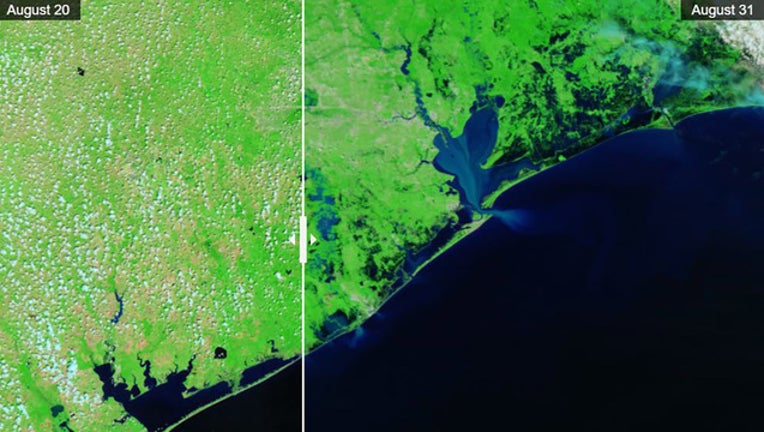 HOUSTON (FOX 13) - NASA’s eyes in space are providing a dramatic before-and-after view of flooding in the Houston area after Hurricane Harvey’s drenching rains.

According to the National Weather Service, 51.88 inches of rain were recorded at Cedar Bayou, Texas -- the highest rainfall total for any storm in recorded U.S. history.

On August 31, NASA’s Terra satellite captured a wide view of the flooding Harvey left behind. Contrasting that image with one from 11 days earlier -- four days before landfall -- shows the dramatic level of water in Houston and along the coast.

Both images were made using a combination of visible and infrared light that highlights the presence of water on the ground.

Use the slider above to scroll between the before-and-after images, or click here to launch the slider tool full-screen.

Natural-color satellite images of the area also show the amount of flooding and, most noticeably, the sediment runoff into the Gulf of Mexico.