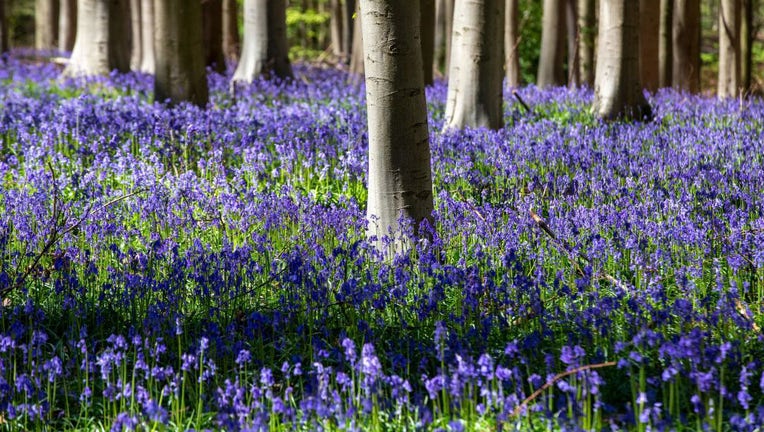 This photograph taken in Halle on April 14, 2022 shows blooming bluebells in the Hallerbos. (NICOLAS MAETERLINCK/BELGA/AFP via Getty Images)

HALLE, Belgium - Nature’s beauty is rapturous again this springtime — flaunting its purple haze of bluebells in the woods south of Brussels.
This time though, any and all can enjoy the spectacle following two years of pandemic measures that had kept visitors to a trickle. And what's more: flowers, and blossoms — be it in Japan, the Netherlands or Belgium — can provide a balm for the soul in these days of anxiety over COVID-19 and war.

"It does take your mind off the seriousness going on around in Ukraine and everything, because you get absorbed into nature," said Hogne Gjersvik of Bergen, Norway, as he took in the sweet smell of the bluebells and the chirping of all kinds of birds. "It really helps. Now, we’ve been encouraged in Norway to do a lot of walks and, you know, don’t sit at home too much and get out and enjoy nature because you relax and ... get back into your natural state of mind."

There's no better place in mid-April for that than the famed Hallerbos and its bluebell festival, which is fully open for the first time since COVID-19 appeared over two years ago. 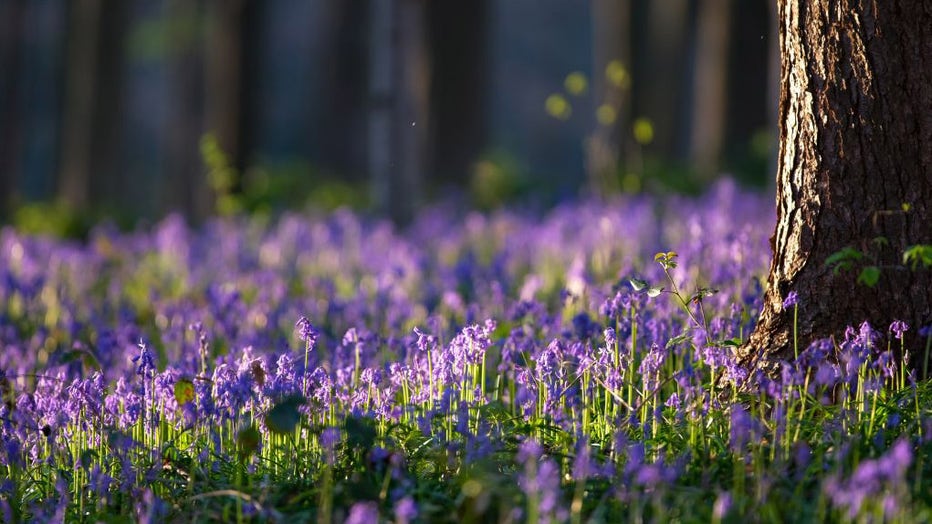 Photo shows wild bluebells in the Hallerbos in Belgium. The Hallerbos is also known as the "Blue Forest", where bluebells bloom around mid-April. (Zhang Cheng/Xinhua via Getty Images)

Tens of thousands already thronged the pathways during the crowded long Easter weekend. Tuesday though, like any weekday, afforded more space for solitude and soothing thought, something often in short supply in a world all too often drawn to the horrors of the war in Ukraine, or the many hundreds of millions that have suffered through the pandemic.

"Nature is medicine for people — let's be clear about that." said Marc Snoeck, Halle's mayor who for two straight years had to make sure as few visitors as possible came to the woods spread as far as the eye could see with blue and purple carpets.

"There were headlines that said: ‘Mayor calls on people not to come.’ That's not what you want because you want people to enjoy this phenomenon. But it just was not possible."

Based on the massive crowds so far, the woods could well see over 100,000 visitors again in just the few weeks over which the bluebells bloom. 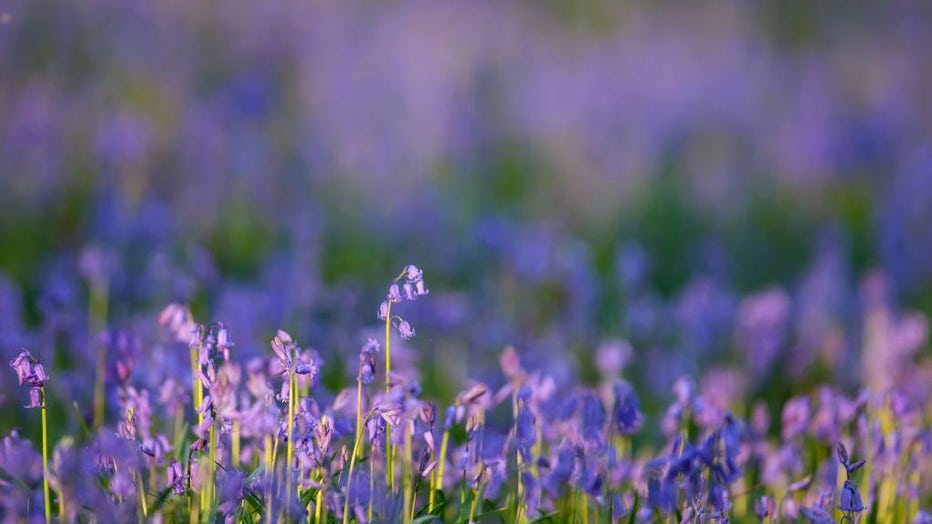 Photo shows wild bluebells in the Hallerbos in Belgium. The Hallerbos is also known as the "Blue Forest", where bluebells bloom around mid-April. (Zhang Cheng/Xinhua via Getty Images)

"There was a lot of loneliness. The fact that they can go to events again like here in the woods, which exude a certain calm, to be in nature, that is very good for people," Snoeck said.

And this year, across much of the northern hemisphere, things have changed for the better with far fewer limits on going out and enjoying the bounty of nature, without fearing its perils.

The return to normalcy was equally felt in the Netherlands, where the famous Keukenhof flower garden reopened after two years of forced closure because of the coronavirus pandemic.

Last week, as thousands of visitors walked in spring sunshine along beds bursting with colorful tulips, hyacinths and other flowers, Catholic Bishop of Rotterdam Hans van den Hende highlighted today's power of flowers as a shipment was sent to the Vatican. 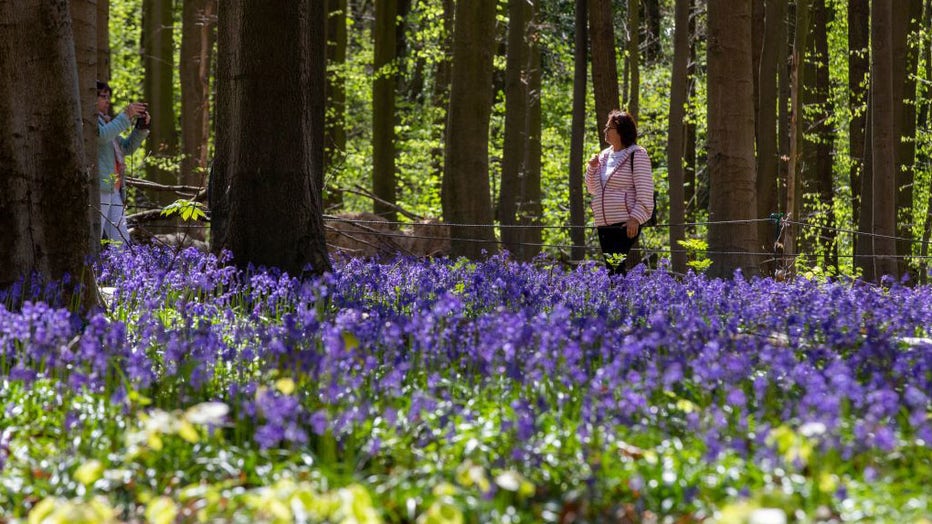 "So close to here in Europe there is war and destruction, and also outside Europe — that’s the everyday reality. With sending these flowers to Rome, we are not sending anything related to hate, nothing related to fighting and bloody war but first of all, peace and joy."

In Japan too, springtime two weeks ago brought the same deliverance as people could enjoy the cherry blossom season without many of the restrictions of the past two years.

It was especially welcome in a bustling metropolis like Tokyo.

"I feel like life has finally gotten back to normal," said 62-year-old cafe owner Takanori Shiwaku "Here in the city area people have awaited this for so long."