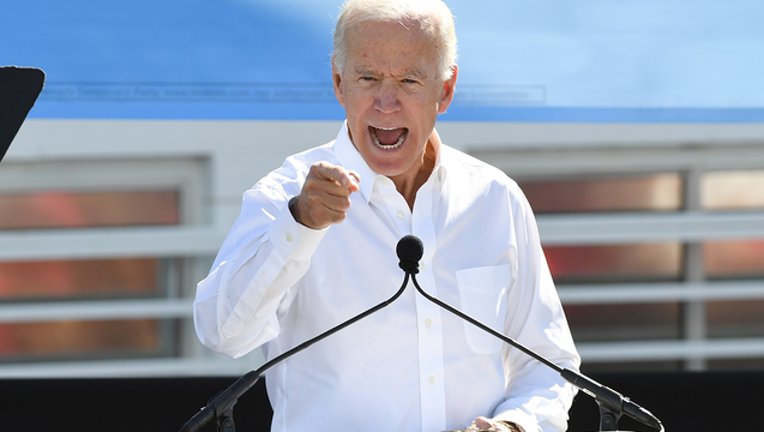 FOX NEWS - Former Vice President Joe Biden said he is “sick and tired” of the Trump administration during a fiery speech Tuesday stumping for Democratic Party candidates in Wisconsin one week ahead of the midterm elections.

Speaking to a crowd of more than 1,000 at the University of Wisconsin in Madison, Biden addressed Saturday’s shooting at Pittsburgh synagogue that killed 11 people, and the series of pipe bombs sent to prominent Democrats last week, describing them as “forces of hate that have terrorized” Americans. Investigators said two packages with the explosive material were addressed to Biden.

Biden, who is rumored to run for the 2020 presidential election, was campaigning for Democratic Sen. Tammy Baldwin and Tony Evers, the party's nominee to unseat GOP Gov. Scott Walker.

"Three times this past week the forces of hate have terrorized our fellow Americans for their political beliefs, the color of their skin or their religion," Biden said, also referencing the two African-Americans shot dead at a grocery store in Kentucky.