DETROIT - "He was very well-loved by his coworkers and respected by supervisors and it's a big, big loss to this agency."

Speaking with a shaky voice Thursday, Wayne County Sheriff Benny Napoleon mourned the loss of a police corporal who was killed after an inmate attacked him in a jail cell late Wednesday night.

"The thing that I heard consistently from the people I talked to, was that he was a constant professional. Very much a person who recognized that he was in charge of the care of inmates, and even though they had done something wrong he was very professional in his interactions with them," he said.

Bryant Searcy, 50, was in the process of locking down prisoners at the division 2 jail facility when he was assaulted by a 28-year-old inmate. Napoleon said there was a struggle before Searcy lost consciousness.

Wayne County Sheriff Benny Napoleon and County Executive Warren C. Evans spoke Thursday morning about a deputy who was killed in the line of duty when he was attacked in the William Dickerson Detention Facility.

He was eventually taken to a hospital after emergency medical services tended to him, where he was pronounced dead later in the evening.

"When you lose an officer in the line of duty, whether it's in a jail facility or somewhere else, it tugs at you. Hits you hard. Because you know it could've been any of us, certainly any of them," Wayne County Executive Warren C. Evans said.

Searcy had been a veteran of the department for 18 years and is survived by a wife and daughter.

Napoleon told reporters during a Thursday news conference that since the pandemic, many inmates have been removed from the jail, which now only houses 850 inmates. The sheriff described them as some of the "most dangerous people in America."

The inmate that assaulted Searcy has a long history of being involved with serious crimes. He's been moved to a different facility where he's now under the surveillance of the Detroit Police Department. He won't be returning to any Wayne County facility. A preliminary investigation said he wasn't hurt during the assault.

Searcy's death is the second Wayne County Sheriff's deputy to die at the hands of an inmate. One of the facility's the county runs is named after the first officer who died - the William Dickerson Detention Facility in Hamtramck. 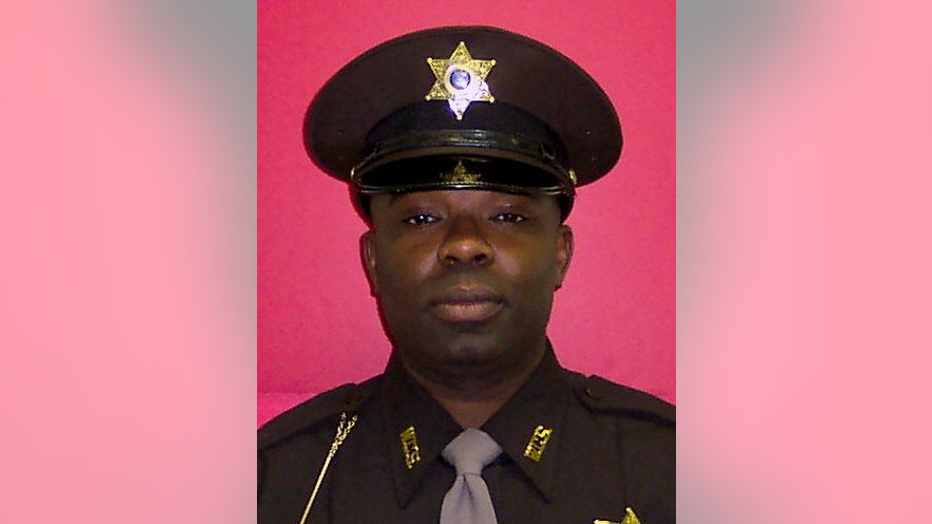 Currently, there are two investigations into the incident. The Detroit Police Department's homicide unit is following up on the criminal investigation while the sheriff's office is conducting an internal investigation into policy and procedures that led up to the attack.

Napoleon said cameras were working during the time and that investigators have "sufficient footage" to confirm what happened.

The sheriff declined to offer any more details on the attack.

Several members of the department and other law enforcement agencies made visits to the hospital where Searcy was throughout the night. More calls from Macomb and the prosecutor's office also came on Thursday.

While no fund has been established for the funeral, the Officer Collin Rose Memorial Foundation did set up a link where donations could be sent.

You can find it here.