Dallas police are investigating a shooting at Big T Plaza that left one person dead and two others injured.

One person was killed and two others were wounded at the Big T Plaza in Central Oak Cliff.

Responding officers found three people who reported to be shot.

"An assailant came upon three individuals inside this location. We don’t know why this happened," Dallas Police Department Executive Assistant Chief Albert Martinez said. "It was basically an ambush."

One of those people, 36-year-old Corderro Robinson, was later pronounced dead. The conditions of the other two were not released.

Police said they have taken the suspected shooter into custody. Javis Dixon, 26, has been charged with murder and booked into the Dallas County Jail. 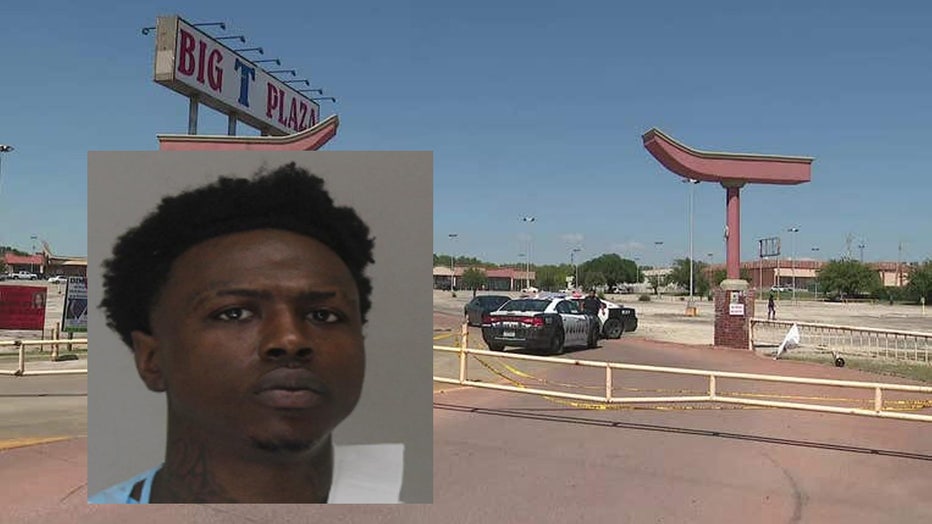 The motive for this shooting is not yet known, but police said it was an isolated incident and there is no further threat to the public.

Jones works inside Big T Plaza. She said it was crowded inside when the shooting happened.

Big T Plaza is home to many local businesses. Mayor Pro-tem Carolyn King Arnold said the owner is receptive to ongoing conversations about strengthening security. She said it’s an important space for the community.

"So it’s about having a safe option and a good place to shop, and so this is one of the options that some people have and we want it to be safe," she added.

It wasn’t safe for shoppers and employees Saturday afternoon.

There are still questions about what led to the shooting. For now, ones who survived are thankful to have escaped.