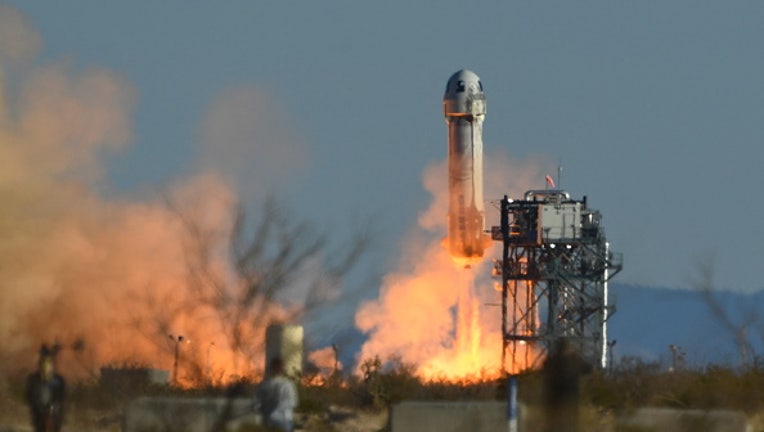 VAN HORN, Texas - Blue Origin has delayed its next human spaceflight launch from West Texas after a technical issue was detected ahead of the liftoff.

The space company founded by billionaire Jeff Bezos was scheduled to launch six customers on a 10-minute trip to low-gravity in the New Shepard rocket and capsule from its launch site in Van Horn, Texas.

New Shepard's 21st flight, NS-21, was set to launch after 8:30 a.m. on Friday, but the company announced Wednesday it is delaying the launch until further notice.

"During our final vehicle check-outs, we observed one of New Shepard’s back-up systems was not meeting our expectations for performance," a Blue Origin spokesperson said via email. "In an abundance of caution, we will be delaying the NS-21 launch originally scheduled for Friday."

The NS-21 crew had recently arrived at Blue Origin's Astronaut Village in Texas ahead of their now delayed flight.

This will mark New Shepard's fifth human spaceflight when it does happen. Evan Dick, a previous Blue Origin space tourist, returns for round two. The Space For Humanity founder will be launching this time with Katya Echarzarreta, 26, a YouTube host and electrical engineer whose seat was sponsored by the nonprofit Space For Humanity.

At 26, Echazarreta will become the youngest American woman in space and the first Mexican-born woman.

The remaining four crew members include a pilot, avid adventures and the first "cryptonaut."

Victor Correa Hespanha, 28, is a civil production engineer from Brazil whose flight was sponsored by Crypto Space Agency.

Startup investor and "Survivor" finalist Jaison Robinson will take his exploration to a new level with the Blue Origin flight. He scuba dives, skydives and has hiked Antarctica.

Victor Vescovo, a retired Navy Reserve intelligence officer, is the co-founder of Insight Equity. He has completed the "Explorer's Grand Slam," summiting the world's seven summits and has dived to the deepest point in the ocean now 12 times.