Fence repairs, landscaping, and tons of paint turned the Bolm Road retaining wall into a masterpiece.

EAST AUSTIN, Texas - The retaining wall on Bolm Road is a lot more colorful thanks to some local artists. It features murals of people, places, and things that represent the Govalle neighborhood.

Fence repairs, landscaping, and tons of paint turned the Bolm Road retaining wall into a masterpiece.

"That has become the opportunity to honor and respect and reflect the neighborhood, the culture, the bantam chickens and the very important figureheads of the neighborhood," East Austin resident Lauren Rochelle said.

Three of the faces painted on the wall are Raymond, Pete, and Gilbert Rivera, known as the "Protectors of Red Bluff."

"This is land that we grew around for many years, like 50 years, and we recognized that it needed help a long time ago because trash and pollution up there," community advocate Pete Rivera said.

He said they wanted to make a difference. After about four years of meetings, campaigning, and determination, Red Bluff is now a nature preserve and park.

The artist behind the portraits is their nephew, Ruben Esquivel.

"We were given a list of things, subjects to paint, and of course one of them was Red Bluff, and I was like I'm going to do that, my uncles were part of that," Esquivel said.

Seven days straight in the heat, Esquivel made their story come to life.

"Their story is very important and it's a huge part of East Austin history. The fact that I get to tell it and portray it in my artwork makes it that much more special. It's an honor that I was able to preserve my family's legacy and share it with the community," Esquivel said. 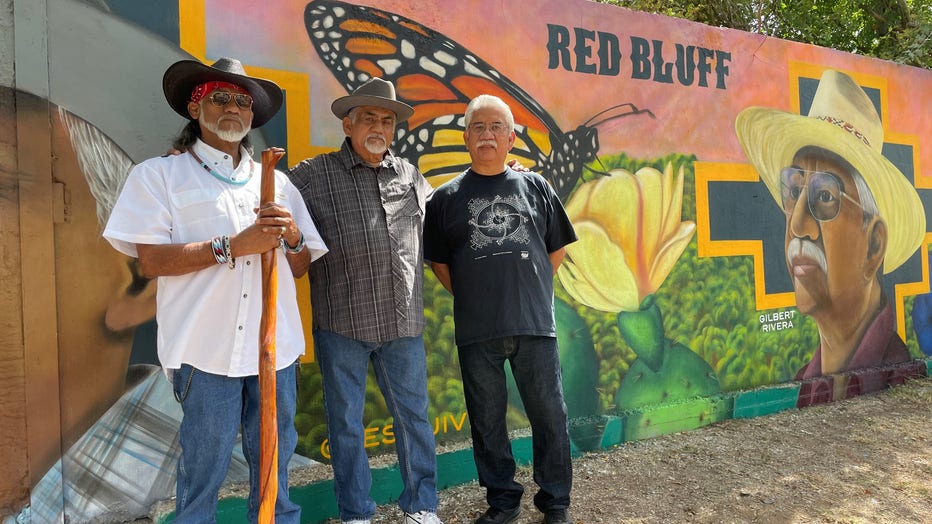 "It showed that people did notice the work we done," community advocate Raymond Rivera said.

"I'm really proud of my nephew, I didn't know he was that good," Pete Rivera said.

The 900-foot mural, one of the largest in the city, represents the Govalle neighborhood’s past, present, and future.

"It shows that we're getting on in age, but we have young people behind us, especially in our family, that are carrying on the traditions that we have tried to keep for the neighborhood and for ourselves," community advocate Gilbert Rivera said. 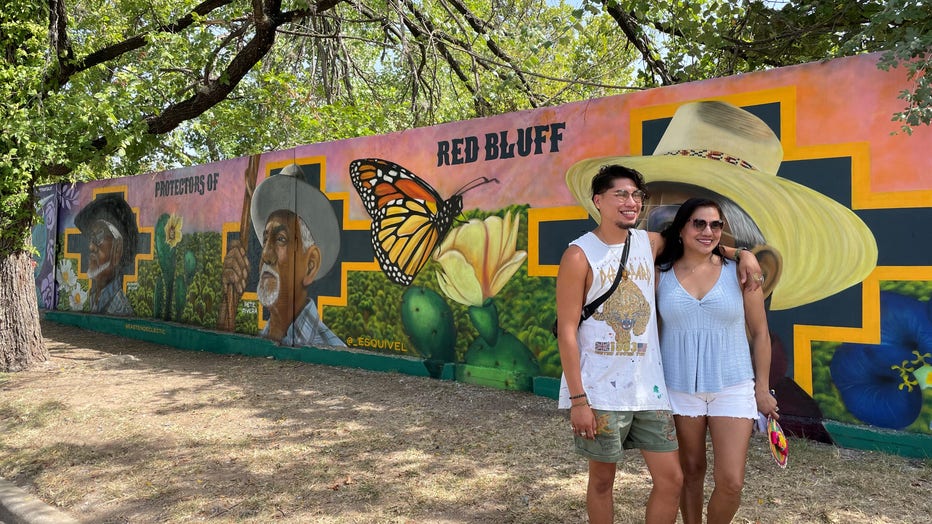