Dallas property linked to Bonnie and Clyde torn down, despite steps taken to preserve it

A property linked to the infamous Bonnie and Clyde was torn down by developers even though there were previously steps taken to save it as a historical landmark.

DALLAS - A property linked to the infamous Bonnie and Clyde was torn down by developers even though there were previously steps taken to save it as a historical landmark.

The West Dallas small home and former filling station was built while Clyde Barrow was in prison in the 1930s. He later used it to plan his robberies.

But this week, it was torn down.

"It’s part of the neighborhood," neighbor Esther Vasquez said. "I’ll miss seeing it. When I drove by, I would always think of them and say a prayer for them."

Some took home pieces of what remained.

The 77-year-old, who has lived near the property since birth, plans to keep the bricks on display.

"I want to clean them up," he said. "And then they’ll be there always." 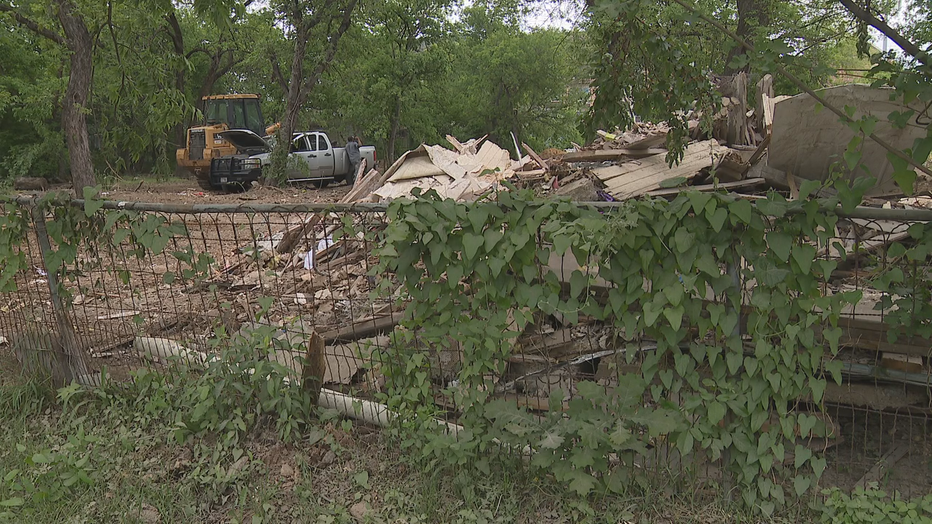 The property was infamously tied to Bonnie and Clyde, suspects in 13 murders and a series of robberies and burglaries. They were killed in an ambush in 1934.

"And so we understand that there were meetings there that took place there to plan some of the portions of the crime spree that Bonnie and Clyde went on," explained David Preziosi, executive director of Preservation Dallas.

The Dallas Landmark Commission voted in 2020 to begin the process of preserving the property, but then the COVID-19 pandemic hit and the city of Dallas suspended designations.

They had a two-year moratorium preventing it from being demolished, but that expired. The developer demolished it earlier this week, according to city officials.

Narvaez said he wants to see if demolition could’ve been prevented, and if anyone dropped the ball by allowing it.

"I don’t know the answers, I just know I’ve called upon the city manager and the city attorney to fully investigate this matter," he said.

In 2020, developer Brent Jackson spoke against preserving the property since it’s tied to criminal activity.

Others, like Preziosi, believe it’s an important piece of history.

"So I think it’s important because it does tell the story," he said.

"We knew the story of Bonnie and Clyde," Antillon said. "You know, it’s been there so many years, you know."

People have been coming and going to see what was.

Some believe the demolition points to an ongoing picture in West Dallas, which is tearing down the old for new development.

"You know, good or bad, he’s part of the history, you know," Vasquez said.

Clyde Barrow’s nearby childhood home is still standing and the city is exploring the process of preservation.