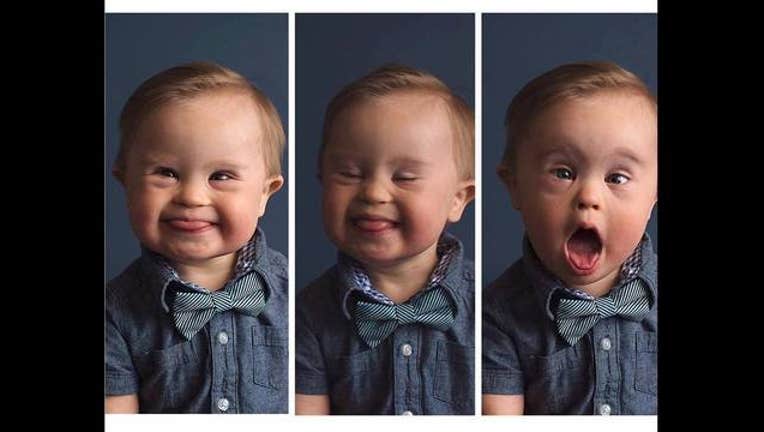 A little boy with Down Syndrome who went viral after his mother campaigned for him to be represented as a child model has received some great news-- he has booked his first campaign!

We first told you about Asher last week, when his mother, Meaghan Nash, said his photos were rejected by an advertising agency working a campaign for OshKosh B'Gosh.

The company apparently rejected the photos because they had not specified they were looking for a child model with special needs, which made Nash wonder if the company did not want a baby with Down Syndrome altogether.

She then reached out to a non-profit that works to get children with special needs featured in advertisements and from there Asher's story took off. Early last week, 11Alive.com reports, Nash and Asher met with the CEO of OshKosh for an interview.

And on Friday night, Asher's family got the incredible news that he had landed a campaign with the company for the spring of 2017!

It's  not just OshKosh, though. 11Alive.com reports that Asher will be featured in an 'OBALL' ad in 2017, and possibly an 'Ingenuity' ad as well.

Way to go, Asher! We can't wait to watch your star rise.