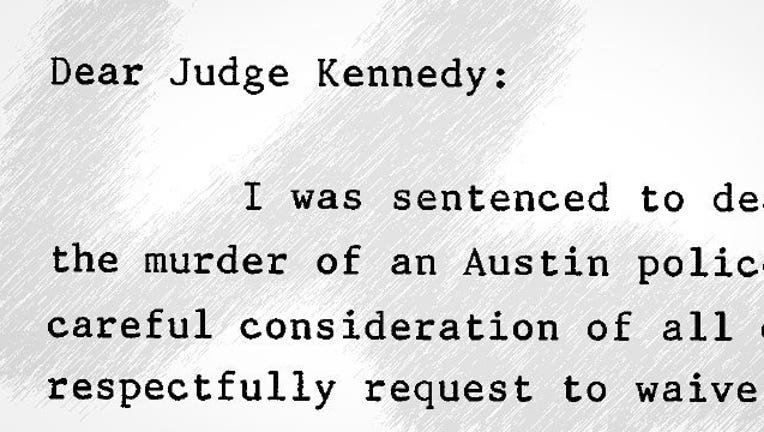 Video evidence from the trial showed Daniel swaying down the aisles of a North Austin Walmart. A store employee kept an eye on him as the manager called for help. When Officer Jaime Padron arrived Daniel took off running for the door. Padron tackled him to the ground but never got back up.

Brandon Daniel's letter goes on to say that, "I want justice to be served and I feel that the punishment is appropriate for my crime; we are both interested in saving the taxpayer's money, the time of all involved and in sparing my family and the victim's family any more angst than necessary; and, finally, I would like to limit my time in prison to the least amount possible."