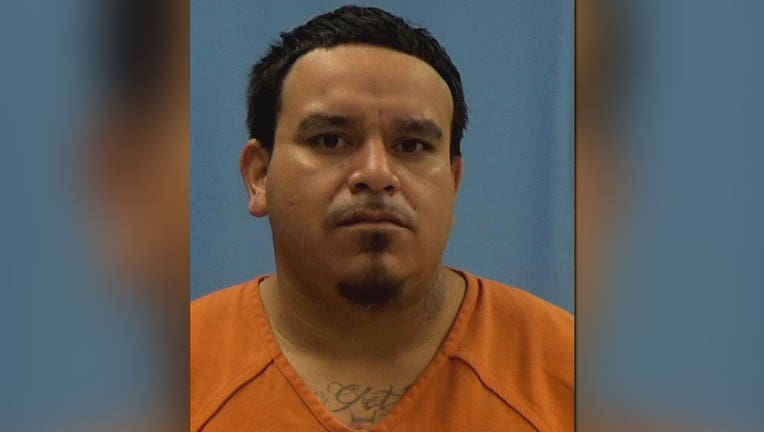 TAYLOR, Texas - The Taylor Police Department says two brothers have been charged following an investigation into the kidnapping of one of their ex-girlfriends. One of the brothers has been arrested but police are still looking for the other one.

33-year-old Daniel Herrera of Thrall was arrested by the Williamson County Sheriff's Office after Taylor police obtained a probable cause warrant for his arrest.

The warrant was obtained after an investigation by Taylor police revealed that Herrera physically assaulted the victim on January 2 at the Taylor Village Inn at 1907 North Main Street.

Police say Herrera then drove away from the hotel with his ex-girlfriend in the vehicle. The investigation revealed that Herrera took the victim against her will, forcing her into his vehicle by dragging her by her hair and placing her in the passenger seat before driving away. The events were captured on security camera footage which was made available to detectives. Later that night/early morning the victim escaped from a Herrera residence in rural Thrall and returned to Taylor.

On January 5, Herrera located the victim at the Citgo gas station located at 600 North Main Street and shortly after he physically assaulted her again, dragging her by her hair and forcing her into a vehicle against her will.

Police say Herrera's brother, 45-year-old Manuel Herrera, Jr., was driving the vehicle when the three left the gas station and went back to the rural Herrera Thrall residence.

Initially, Daniel was charged with continuous assault/family violence which is a third-degree felony. After obtaining probable cause for three arrest warrants, detectives charged Daniel with two counts of aggravated kidnapping, a first-degree felony.

Manuel has also been charged with aggravated kidnapping. Anyone having any additional information, or anyone knowing the whereabouts of Manuel Herrera, Jr. is asked to contact Sgt. Sam Brister at the Taylor Police Department (512) 352-5551.