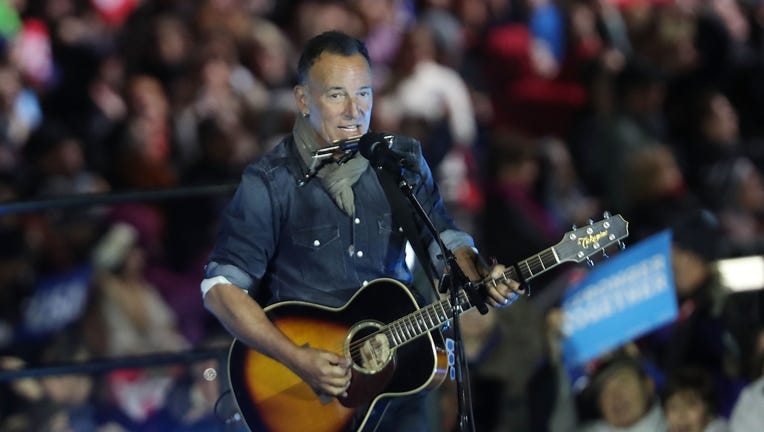 Rock legend Bruce Springsteen took aim at President Trump in a new interview Friday, saying the president doesn't "grasp" the meaning of being an American.

In an interview on "CBS This Morning," host Gayle King asked Springsteen about a recent Trump rally in which the president bragged that his election victory in 2016 was accomplished without the support of celebrities like Springsteen, Beyoncé and Jay-Z.

"You surprised that he's trash-talking you after all this time?" King asked.

King noted that "a lot of people are very concerned about the direction of the country," with Springsteen agreeing that it's a "very frightening time" in America.

The interview coincides with 70-year-old Springsteen's release of his "Western Stars" soundtrack album. Springsteen, a vocal supporter of Barack Obama in 2008 and Hillary Clinton in 2016, is no stranger to criticizing the president.

In an interview with Esquire last year, Springsteen said Trump has "no interest in uniting the country" despite wanting to make America great again. The famed rock and roller explained at the time why Trump's presidency is "unforgivable."

“[He] has no interest in uniting the country and actually has an interest in doing the opposite and dividing us, which he does on an almost daily basis," he claimed.

"That’s simply a crime against humanity, as far as I’m concerned. It’s an awful, awful message to send out into the world. You are intentionally trying to disenfranchise a large portion of Americans. That’s unforgivable. These are folks who are invested in denying the idea of a united America and an America for all. It’s a critical moment. It’s a scary moment for any conscientious American, I think.”