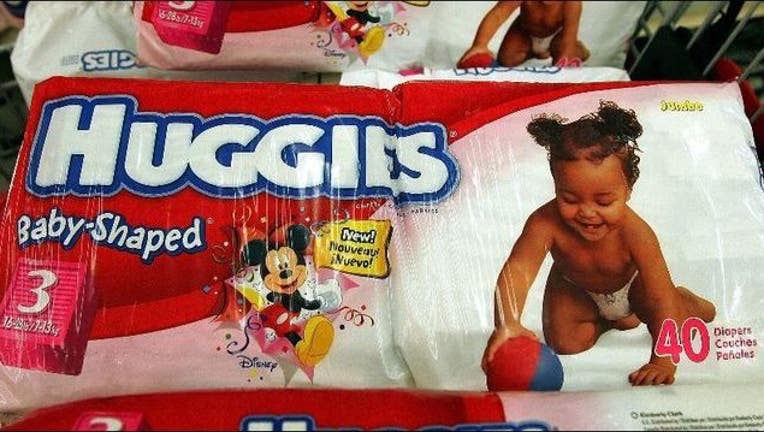 OAKLAND, Calif. - Two California lawmakers are trying again to establish "gender neutral" taxing by getting rid of sales taxes on diapers and tampons.

Democratic Assemblywomen Lorena Gonzalez Fletcher of San Diego and Cristina Garcia of Bell Gardens have reintroduced bills to exempt people from paying sales tax on both of the products.

Ending the diaper tax would save families approximately $100 per child every year – the average cost of buying a month’s worth of diapers, Gonzalez said. The monthly budget for diapers can range anywhere from $72 to $100 per child or more, according to a recent study that she cited. For low-income Californians, this cost can be a barrier between parents and the gainful employment needed to stave off reliance on public assistance, she said.

“Every baby needs diapers,” Gonzalez  said in a statement. “The fact that we tax diapers is unfair and it’s a burdensome tax that hurts working class and middle class families. California can do better.”

Making diapers available to people who need them is important to Gonzalez. On Wednesday, she tweeted that she was able to help donate 100,000 diapers to help refugee families at the border in Tijuana.

For her part, Garcia is trying for a third time to repeal a tax on menstrual health products including pads and tampons.

“The bottom line is we cannot balance the budget on a person’s uterus,” Garcia said in a statement. “Every month of our adult life we are taxed for our biology. Every month we are told our periods are a luxury, while also being told they are something to be ashamed and we must hide,” she said.

Currently, women in California still pay over $20 million a year in taxes on tampons, sanitary napkins, and menstrual cups paying on average $7 a month for 40 years of their lives, Garcia noted on her web site. California law exempts health items like walkers and Viagra from being taxed, yet menstrual health products are not tax exempt in California even though they are deemed medical necessities by the Federal Drug Administration, she said.

At least 10 states exempt menstrual health products from sales tax.  Meanwhile, in California, the tax remains and a case is pending before the California Superior Court.  That case, Garcia emphasized, alleges that the state is in violation of the 14th Amendment’s equal protection clause on the basis that tampons and sanitary napkins are not luxuries, but basic medical necessities.

In 2016, Gov. Jerry Brown vetoed similar efforts from both lawmakers, citing their costs to state and local governments, which were estimated at the time to total around $55 million annually, the Los Angeles Times reported.

The pair tried again by pitching tax increases on candy or alcohol to pay for the diaper and tampon sales tax exemptions, but those proposals also failed.

The new measures call for straight repeals of sales taxes on both products without increasing revenue.