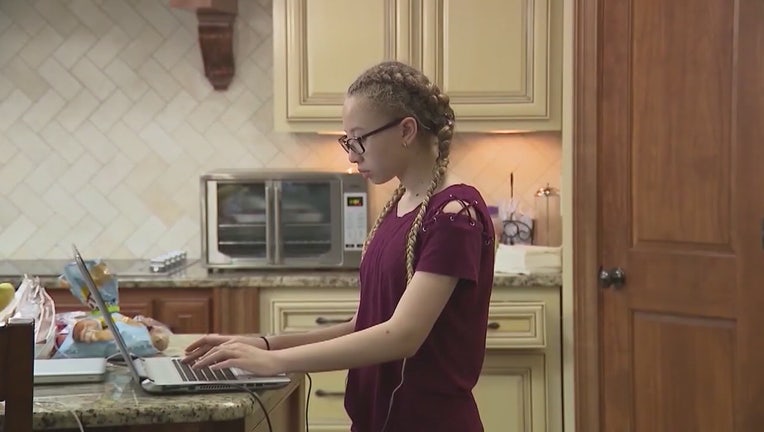 SACRAMENTO, Calif. - California school districts on Wednesday began announcing the unwelcome but not unexpected news that they will remain closed for the rest of the academic year.

Long Beach and Oakland were among the first to pull the plug, making their announcements hours after Gov. Gavin Newsom said districts should focus on teaching students from afar because it’s unlikely the coronavirus will allow them to reopen before summer.

California school districts began announcing the unwelcome but not unexpected news that they will remain closed for the rest of the academic year.

That means, he said, “fulfilling obligations through distance learning and other mechanisms to make sure that we’re educating our kids, but not doing so physically on the school sites.”

His comments followed guidance to districts Tuesday night from state Superintendent of Public Instruction Tony Thurmond. It wasn’t a mandate to close but gave school districts the signal to do what many already felt was necessary, said Troy Flint, spokesman for the California School Boards Association.

Flint said Thurmond’s letter gave districts the “security they feel they need to make a decision and explain that to their communities.”

Newsom forecast the likely closure more than two weeks ago, when he said he expected few if any districts would reopen before summer break. Virtually every district in the state has been closed since mid-March.

Many districts, teachers and students are struggling to adapt to at-home learning, particularly in California’s rural areas where access to wireless internet can be sparse. Google announced Wednesday it will give free Wi-Fi to 100,000 rural households and provide 4,000 Chromebooks to students in need. The Wi-Fi will be delivered through mobile hot spots provided by T-Mobile.

Linda Darling-Hammond, president of California’s State Board of Education, said roughly 20% of California students lacked internet access at home when schools closed several weeks ago. Districts have found resources to cut that by half.

“We need more Googles,” Newsom said. “We still have a little bit more coverage that we’re going to need in some of the more remote parts of the state.”

California Republican U.S. Rep. Devin Nunes opposes closing the schools for the rest of the year. A rural school of fewer than 100 children in Nunes’ Central Valley district has been the only one in the state still open.

“The schools were just canceled out here in California, which is way overkill,” Nunes said in an interview on Fox News. “It’s possible kids could have gone back to school in two weeks to four weeks, but they just canceled the rest of the schools.”

Virginia, Kansas and Arizona already closed schools for the rest of the year. California, the nation’s most populous state, has more than 6 million students across 10,000 schools.

Californians are under a statewide stay-at-home order that requires most people to stay inside except for essential activities such as grocery shopping or going for a walk.

Newsom, the father of four children 10 and under, thanked women — moms and teachers, in particular — for bearing the brunt of coping with the new reality of children being at home rather than at school. Some research has shown a gender divide in household chores.

“There’s a gender reality connected to this, and I just want to go deeply to express an appreciation to all of the moms, all those teachers, all those caregivers. I know how stressful this is. Trust me, I know,” he said.

The California Federation of Teachers, one of the state’s unions, supports the recommendation that schools close for the academic year, said president Jeff Freitas. Looking ahead, teachers need more access to professional development as well as guidance on online learning, grading and teaching students with special needs from afar, he said.