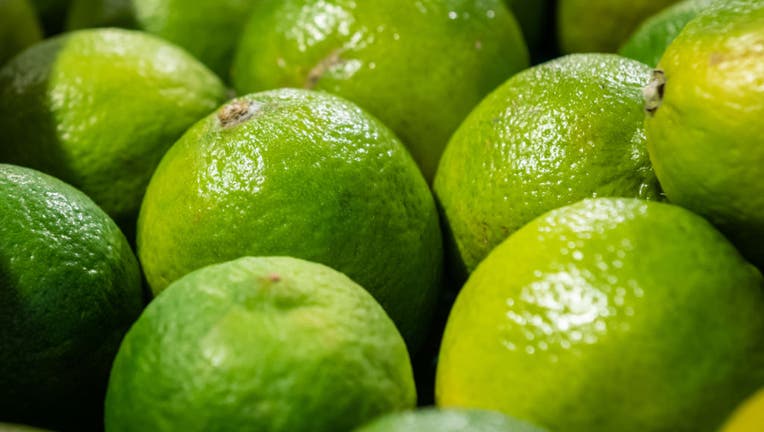 10 June 2022, Baden-Wuerttemberg, Rottweil: Limes are for sale in an Edeka store in the produce department. Photo: Silas Stein/dpa (Photo by Silas Stein/picture alliance via Getty Images)

Yes. Margarita burns are real, and they are painful. Take it from one TikTok user.

TikTok-user Shana, whose handle is @theglutenfreetravelagent, said she suffered severe burns while handling limes for a cocktail in the direct sunlight. She posted her ordeal on the social media platform.

"PSA, don’t cut limes then go into the sun," she posted in her video. "I now have second and third-degree burns and blisters on my hands," she wrote, showing video of her bandaged hands."

RELATED: Monkeypox not a global emergency 'at this stage,' WHO panel says

She then posted a later video on TikTok, showing "burn" marks and peeling on her hands and stomach where lime juice had splattered.

She said she's ""never making mojitos at the beach again."

Per Healthline, margarita burns "result when a chemical called furocoumarin reacts with sunlight. This chemical is found in limes and citrus fruits, along with celery, figs, fennel, and a number of other plants."

Margarita burn victims typically develop a rash within the first 24 hours of exposure. The rash then can "grow into a cluster of painful blisters at the point of contact a day or two later." Those affected are typically left with dark patches or streaks — medically known as post-inflammatory pigmentation, according to Healthline — once the swelling reduces. The dark marks can last for weeks or even months.

According to The Journal of the American Board of Family Medicine, the condition is also known as phytophotodermatitis.