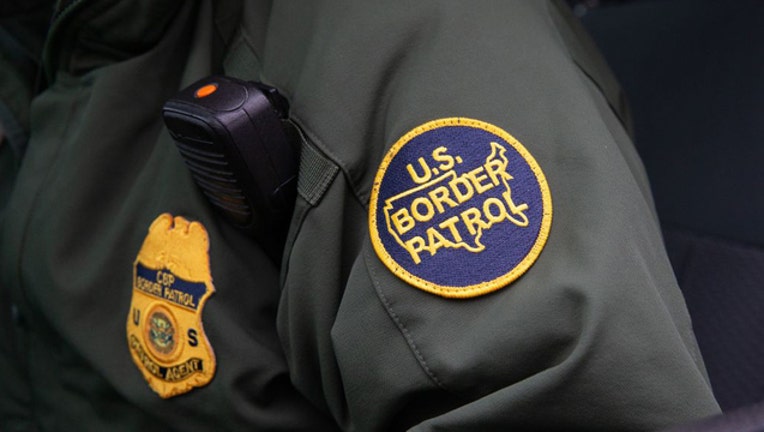 This photo shows a US Border Patrol patch on a border agent's uniform in McAllen, Texas, on January 15, 2019. (Photo by SUZANNE CORDEIRO/AFP/Getty Images)

EDINBURG, Texas (AP) - The U.S. Border Patrol says it suspects 3 people found dead in the South Texas Brush over the past week were abandoned by migrants abandoned by smugglers.

In a statement Tuesday, the patrol says the Texas Department of Public Safety reported Thursday the body of a person was found in remote brush near Sullivan City, about 70 miles west of Brownsville. The body was taken to the Hidalgo County morgue.

The patrol statement says agents at a checkpoint in Sarita, about 93 miles north of Brownsville, were told Friday of a Mexican national abandoned by smugglers in a nearby ranch. Agents dispatched to the scene found the man dead. The body was taken to a funeral home.

On Saturday, agents found a body in the brush near La Grulla, about 75 miles west of Brownsville. The body was taken to a funeral home.