The World Central Kitchen founder, who brought meals to law enforcement personnel during the riot at the Capitol Building, is continuing his efforts to fuel first responders.

The chef posted a video on Twitter sharing a behind-the-line look at the chefs at Jaleo, his Spanish tapas restaurant in D.C., preparing the meals.

"Sandwich and hot meal prep underway this morning for our National Guard and other first responders in D.C.!" tweeted World Central Kitchen over the weekend. "On the menu: roast beef, sun-dried tomato with basil aioli on ciabatta and tomato braised vegetable stew with cannellini beans (plus a version with chicken!) #ChefsForDC." 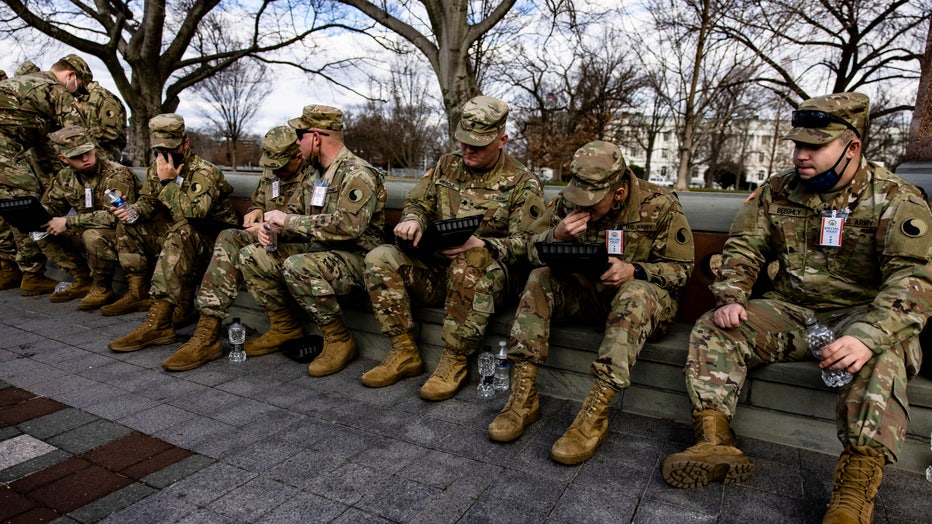 Virginia National Guard soldiers eat some chow before being issued their M4 rifles and live ammunition on the east front of the U.S. Capitol on January 17, 2021 in Washington, DC. (Photo by Samuel Corum/Getty Images)

The chef has been hard at work delivering meals and stews to the National Guard, with one guardsman sending a message of appreciation not only to Andrés, but to all locals who are helping them out.

"Thank you to all the local businesses, restaurants, and citizens of Washington, D.C.," said one guardsman in a video shared by Andrés. "You all have been taking care of us, you’ve been going out of your way to take care of us, giving donations, food, coffee, things like that to help support the troops, and we really do appreciate it guys, thank you so much."

Andrés, meanwhile, appears to be continuing his efforts to feed the guardsmen. He also co-hosted a virtual "anti-hunger rally" on Monday.

A number of other restaurants and restaurateurs in the D.C. area have teamed up to help support the troops and are willing to match customer donations with food for service members. D.C. pizza shop We the Pizza said last week it will be delivering hundreds of pies to National Guard Troops stationed at the U.S. Capitol Building days before President-elect Joe Biden’s inauguration Wednesday. The pie shop is joining several local restaurants, including Buffalo & Bergen, District Doughnuts and CHIKO, among others in the area, to match every pie or food item that is donated to the National Guard.