SHANGHAI - Barely a month after granting himself new powers as China’s potential leader for life, Xi Jinping is facing a wave of public anger of the kind not seen for decades, sparked by his "zero COVID" strategy that will soon enter its fourth year.

Demonstrators poured into the streets over the weekend in cities including Shanghai and Beijing, criticizing the policy, confronting police — and even calling for Xi to step down. On Monday, demonstrators gathered in the semi-autonomous southern city of Hong Kong, where the pro-democracy movement was all but snuffed out by a harsh crackdown following monthslong demonstrations that began in 2019. 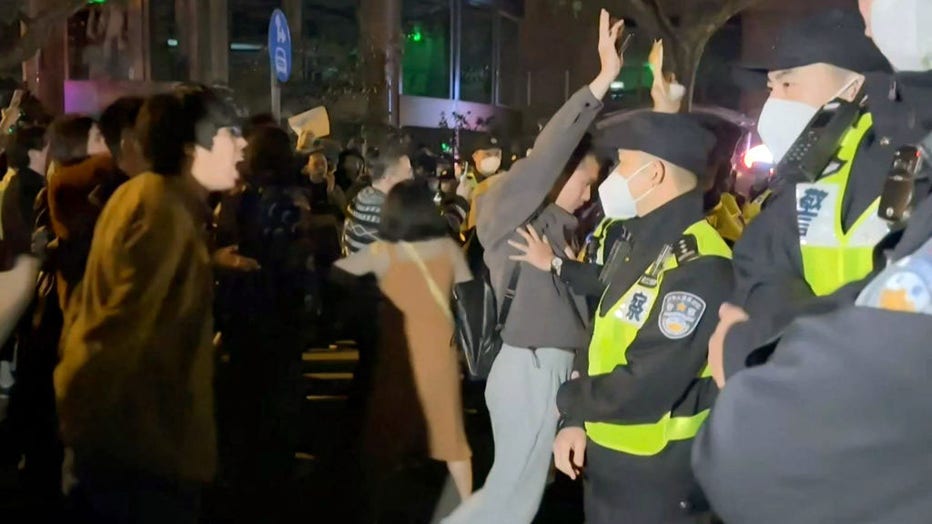 This frame grab from eyewitness video footage made available via AFPTV on Nov. 27, 2022, shows demonstrators shouting slogans as police hold their positions, in Shanghai. Angry crowds took to the streets in Shanghai in the early hours of November 27

Students at the Chinese University of Hong Kong chanted "oppose dictatorship" and "Freedom! Freedom!" Floral tributes were laid in the Central District that had been the epicenter of previous protests.

The widespread demonstrations are unprecedented since the army crushed the 1989 student-led pro-democracy movement centered on Beijing’s Tiananmen Square.

Most protesters focused their anger on restrictions that can confine families to their homes for months and have been criticized as neither scientific nor effective. Some complained the system is failing to respond to their needs.

The cries for the resignation of Xi and the end of the Communist Party that has ruled China for 73 years could be deemed sedition, which is punishable by prison.

In response, police in Shanghai used pepper spray to drive away demonstrators, and dozens were detained in police sweeps and taken away in police vans and buses. China’s vast internal security apparatus is also famed for identifying people it considers troublemakers and picking them up later when few are watching. 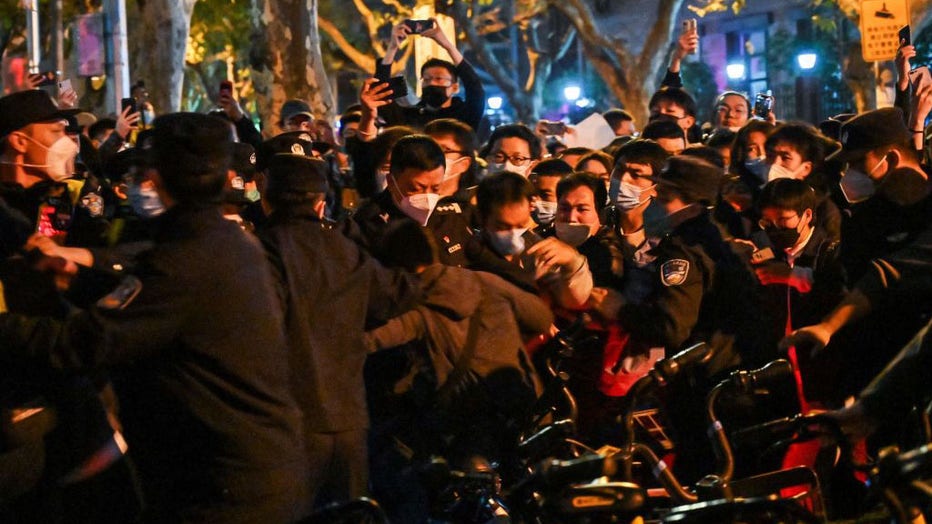 Police and people are pictured during some clashes in Shanghai on November 27, 2022, where protests against China's zero-Covid policy took place the night before following a deadly fire in Urumqi, the capital of the Xinjiang region. (Photo by HECTOR

The possibility of more protests is unclear. Government censors scrubbed the internet of videos and messages supporting them. And analysts say unless divisions emerge, the Communist Party should be able to contain the dissent.

China's stringent measures were originally accepted for minimizing deaths while other countries suffered devastating waves of infections, but that consensus has begun to fray in recent weeks.

While the ruling party says anti-coronavirus measures should be "targeted and precise" and cause the least possible disruption to people's lives, local officials are threatened with losing their jobs or other punishments if outbreaks occur. They have responded by imposing quarantines and other restrictions that protesters say exceed what the central government allows.

Xi's unelected government doesn't seem too concerned with the hardships brought by the policy. This spring, millions of Shanghai residents were placed under a strict lockdown that resulted in food shortages, restricted access to medical care and economic pain. Nevertheless, in October, the city's party secretary, a Xi loyalist, was appointed to the Communist Party's No. 2 position. 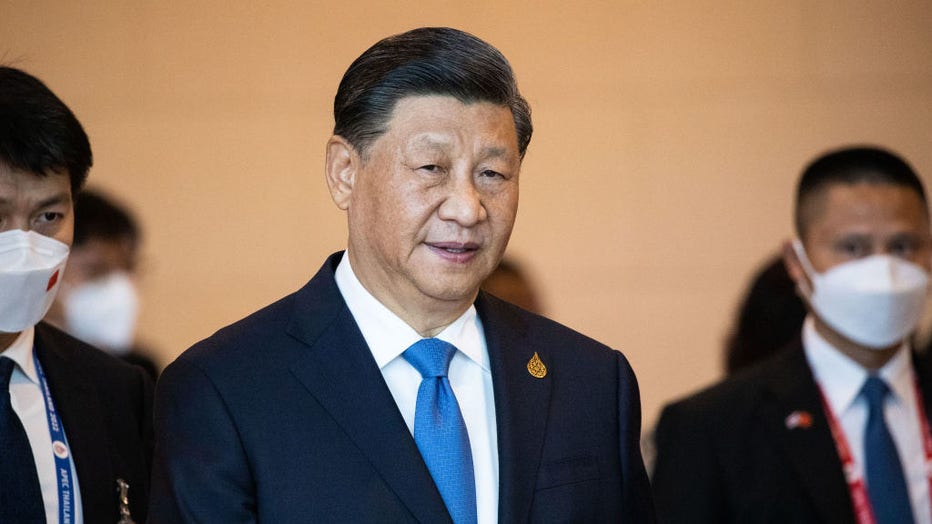 The party has long imposed surveillance and travel restrictions on minorities including Tibetans and Muslim groups such as Uyghurs, more than 1 million of whom have been detained in camps where they are forced to renounce their traditional culture and religion and swear fealty to Xi.

But this weekend's protests included many members of the educated urban middle class from the ethnic Han majority. The ruling party relies on that group to abide by an unwritten post-Tiananmen agreement to accept autocratic rule in exchange for a better quality of life.

Now, it appears that old arrangement has ended as the party enforces control at the expense of the economy, said Hung Ho-fung of Johns Hopkins University.

"The party and the people are trying to seek a new equilibrium," he said. "There will be some instability in the process."

To develop into something on the scale of the 1989 protests would require clear divisions within the leadership that could be leveraged for change, Hung said.

Xi all but eliminated such threats at an October party congress. He broke with tradition and awarded himself a third five-year term as party leader and packed the seven-member Politburo Standing Committee with loyalists. Two potential rivals were sent into retirement.

"Without the clear signal of party leader divisions ... I would expect this kind of protest might not last very long," Hung said.

It's "unimaginable" that Xi would back down, and the party is experienced in handling protests, Hung said.

China is now the only major country still trying to stop transmission of the virus that was first detected in the central city of Wuhan in late 2019.

The normally supportive head of the World Health Organization has called "zero COVID" unsustainable. Beijing dismissed his remarks as irresponsible, but public acceptance of the restrictions has worn thin.

People who are quarantined at home in some areas say they lack food and medicine. And the ruling party faced anger over the deaths of two children whose parents said anti-virus controls hampered efforts to get emergency medical care.

Protests then erupted after a fire on Thursday killed at least 10 people in an apartment building in the city of Urumqi in the northwest, where some residents have been locked in their homes for four months. That prompted an outpouring of angry questions online about whether firefighters or people trying to escape were blocked by locked doors or other pandemic restrictions.

Yet Xi, an ardent nationalist, has politicized the issue to the point that exiting the "zero COVID" policy could be seen as a loss to his reputation and authority.

"Zero COVID" was "supposed to demonstrate the superiority of the ‘Chinese model,' but ended up demonstrating the risk that when authoritarian regimes make mistakes, those mistakes can be colossal," said Andrew Nathan, a Chinese politics specialist at Columbia University. He edited The Tiananmen Papers, an insider account of the government's response to the 1989 protests.

"But I think the regime has backed itself into a corner and has no way to yield. It has lots of force, and if necessary, it will use it," Nathan said. "If it could hold onto power in the face of the pro-democracy demonstrations of 1989, it can do so again now."