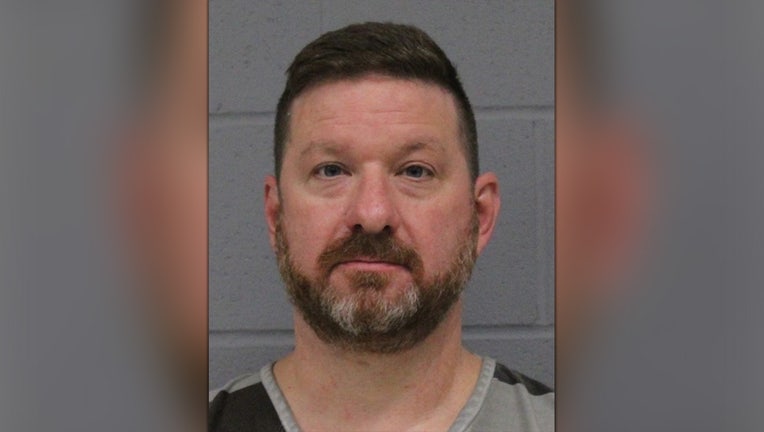 When police responded to the West Austin home on Vista Lane, the victim told investigators she had been assaulted and strangled by Beard, saying, "He just snapped on me and became super violent," according to the affidavit.

Then she described what happened, "He choked me, threw me off the bed, bit me, bruises all over my leg, throwing me around, and going nuts."

She says she didn't feel safe, and that's why she called 911.

The victim said the two had been upset with each other for a couple of days. She went to check on him, got frustrated, took a pair of glasses from his hand, broke them, and left the room.

About 10 to 15 minutes later, she says he came into the master bedroom upset, so she offered him a new pair of glasses.

Then, the affidavit says she told police he slapped the glasses she was wearing off of her face.

When she went to retrieve them, she told police that Beard threw her from the bed to the floor.

Police say she had a visible injury to her left leg, from her knee to her foot, as a result.

She told police, at that point she couldn't see because she didn't have her glasses, and that's when Beard came up behind her and put his arm across her neck, choking her.

She said, "I couldn't move or do anything at all," according to the affidavit.

The victim said after that, Beard threw her on the bed and moved his face within inches of her face.

She told police she's not sure why he eventually stopped.

Beard told police that he has audio recordings of the incident, and he was not the primary aggressor. But when police asked if he would share the audio, he said no, according to the affidavit.

Police say the victim told them the following injuries were from Beard's assault that night:

Beard was arrested and charged with assault by strangulation/suffocation, which is a third degree felony. He was released from jail on December 12 after posting $10,000 bond.

The Texas men's basketball team was scheduled to play Rice that night at 7 p.m. Just over an hour before the game., UT released a statement saying in part that Beard was suspended without pay until further notice.

"The University takes matters of interpersonal violence involving members of its community seriously," the statement said.