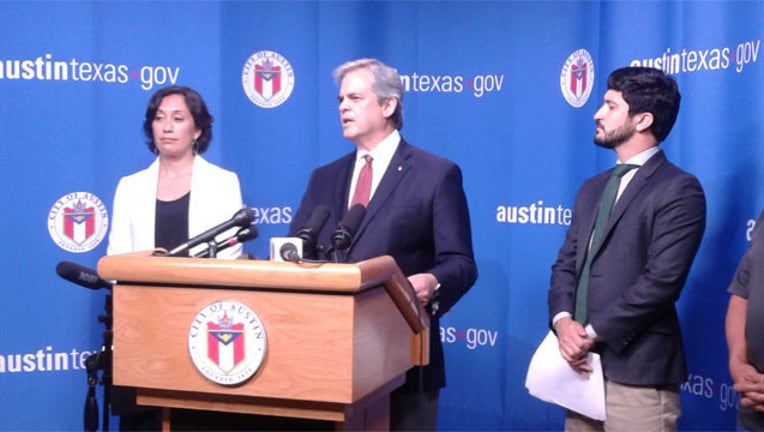 AUSTIN, Texas - On Monday Austin Mayor Steve Adler announced that the city has filed its motion to join the lawsuit against SB4.

The mayor held a press conference at city hall, and was joined by council members Delia Garza and Greg Casar.

Adler said the city is joining the lawsuit because the legislation targets and discriminates against Hispanic foreign nationals.

He's also concerned about the possible economic impacts that will come as a result of SB4, and hurt local policing.

Adler said Senate Bill 4 conflicts with the first and fourth amendments of the Constitution, as well as the equal protection clause.

South by Southwest festival officials released this statement Monday about the SB 4 lawsuit.

They said, in part, “We are concerned that SB-4 will substantially limit the participation of U.S.citizens and foreign nationals in SXSW and limit the diversity and quality of the event. This decrease in participation will also diminish our substantial economic contribution to the city of Austin and the state of Texas."

The statement goes on to read:

"We intend to stay and fight discriminatory legislation that hinders civil rights, while continuing to work to make our events inclusive and safe for all who attend."