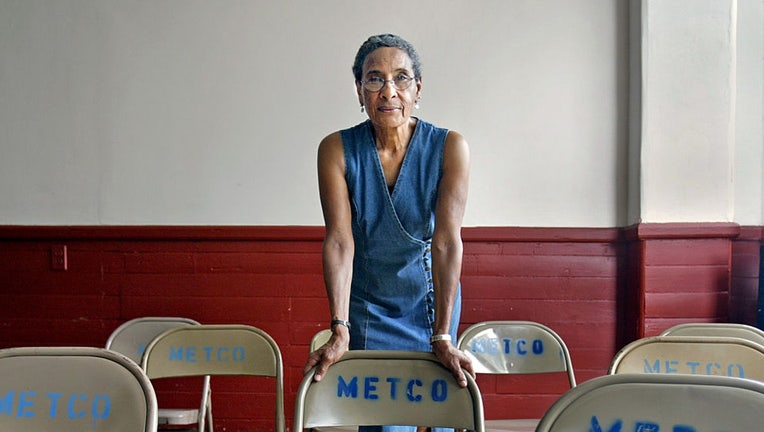 BOSTON - A 91-year-old civil rights activist and education advocate was stabbed multiple times while walking her dog in a Boston park, authorities said.

McGuire's stabbing, as well as the recent fatal shooting of a 14-year-old boy in the city, is unacceptable, said Hayden, whose family has been close to McGuire's for years.

"I’m certainly outraged, and I think we have to be at the point where we have an entire community that is equally as outraged and will not stand for this sort of random violence any further," he said.

The good news is that McGuire is "as spunky and as vibrant as ever and is going to be just fine, praise the Lord," he said.

McGuire's sister, Jeriline Brady McGinnis, told multiple news outlets that her sister has been walking dogs in the park for decades.

"What did he want? Dog walkers don’t carry money. We carry poop bags and ID. That’s all he’s going to get. Unless he felt the urge to just beat up somebody who’s defenseless," McGuire's sister told WFXT-TV.

McGuire was unconscious when officers found her. She was taken to a hospital with injuries that aren’t considered life-threatening, police said in a statement.

"I am disgusted and angry to know that an elder in our community had to fear for her safety going about her daily routine, walking her dog," Mayor Michelle Wu said.

The suspect remains at large but might have been injured during the attack, police said.

In addition to being the first Black woman to serve on the school committee, where she served for a decade starting in 1981, McGuire in 1966 helped found METCO, the Metropolitan Council for Educational Opportunity, which sends students of color from Boston to predominantly white suburban schools.

She became the program's executive director in 1973 and served in the position until 2016, according to a biography posted by Northeastern University.

Milly Arbaje-Thomas, the current president and CEO of METCO, called McGuire a trailblazer.

"We're all very saddened by this news, very shocked," she said. "She's a woman who has dedicated her life to educational equality."