Laura made landfall in Louisiana around 1 a.m. Thursday as a Category 4 hurricane and moved north through the state.

In Orange, located next to the state line, Laura toppled trees and knocked down power lines.

MORE: Once a Category 4 hurricane, Laura moves over Arkansas as tropical depression

On Friday morning, Mayor Larry Spears Jr. said there was still an outage across the community.

“I've spoken with some of the representatives from Entergy, and we’re actually blessed in that department because some of the areas that they expected to be hit harder weren't hit. So they're going to concentrate bringing those gentlemen and ladies over to our area to focus on getting us power back," he said.

Mayor Spears pointed out an oak tree that had fallen on a section of power line.

“They've got to cut all these trees and remove the debris before they can start to re-run these lines and get us back lined out,” he said.

RELATED: Overwhelmed Lake Charles residents pick up the pieces with no electricity

Locals in Orange will spend the next few days cleaning up the mess Hurricane Laura left behind.

The mayor says they are assessing damage, and contractors are on the way to help clear debris.

“Right now, we're in the assessment phase. We’re still going around, checking out the damage, trying to see what we need to do,” Mayor Spears said. “We have contractors on the way. They're in route as we speak to come and to start to remove the debris, the trees, so we can get people back into their streets and into neighborhoods.”

Mayor Spears says there is not a shelter set up at this time.

“We're trying to figure out what we can do with that. But without any power, maybe one grocery store open at this time, the resources are limited,” he said. “So we're still working on that. I may have information later today or by tomorrow morning on where we're going.” 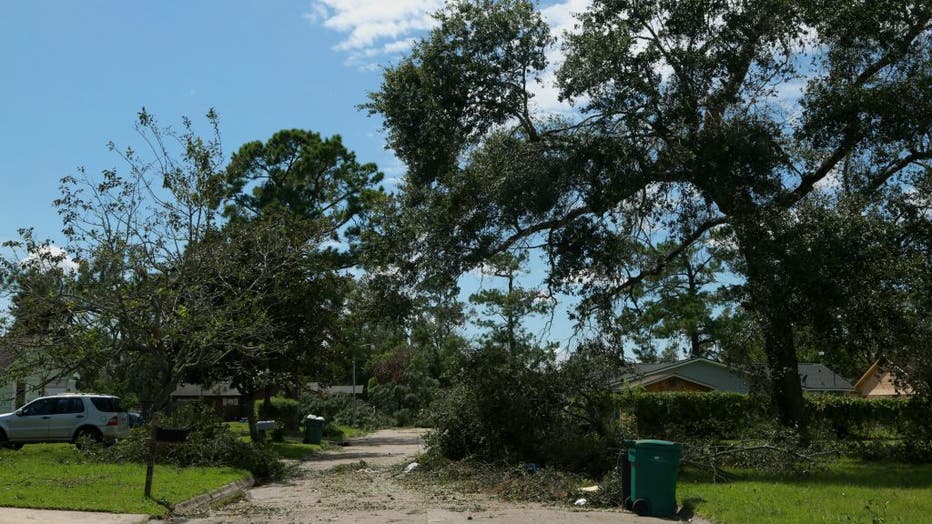