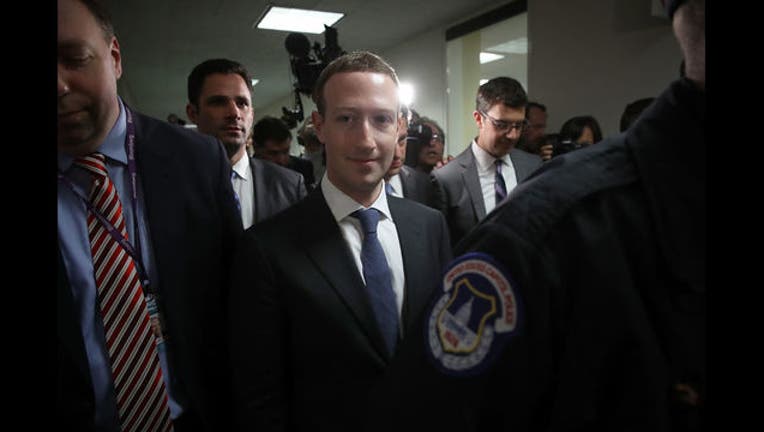 As CEO Mark Zuckerberg testifies before Congress about privacy and data breaches, Facebook launched a tool Tuesday that allows users to determine whether their personal information was shared with Cambridge Analytica.

Click here to see if your data was shared.  Facebook will now tell you if you or your friends ever logged into This Is Your Digital Life — the quiz app developed by university researcher Dr. Aleksandr Kogan, which Cambridge Analytica used to profile and manipulate users. Cambridge Analytica is a British political consulting firm that was hired by President Trump's 2016 election campaign and gained access to private information on more than 50 million Facebook users.

Facebook is also allowing users to review and update information you share with apps and websites by checking your settings. You can shut off apps individually or turn off third-party access to your apps completely.

And as of Tuesday, the 87 million users who might have had their data shared with Cambridge Analytica will get a detailed message on their news feeds. Facebook says most of the affected users (more than 70 million) are in the U.S., though there are over a million each in the Philippines, Indonesia and the U.K.

In addition, all 2.2 billion Facebook users are supposed to receive a notice titled "Protecting Your Information" with a link to the list of your apps.