A climber was seen scaling The Shard, a 96-story skyscraper, in London early Sunday. (Credit: Holly Keogh via Storyful)

A climber was arrested after scaling a 1,000-foot skyscraper in London known as The Shard early Sunday, according to local reports.

Video posted on social media shows the climber making his way up the 95-story building just after 5:30 a.m. near London Bridge Station as police, firefighters and bystanders watched from the ground.

Police said three arrests have been made. 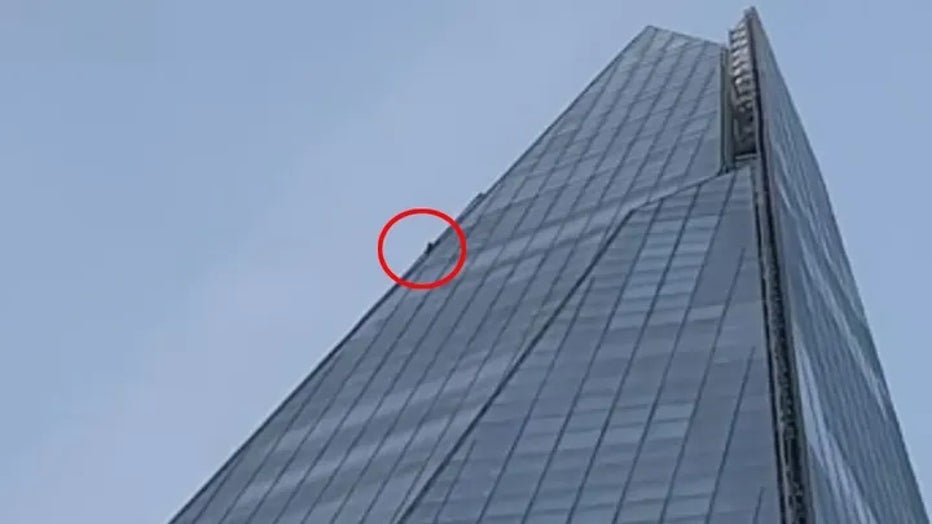 The climber was spotted on the 1,016-foot skyscraper in London early Sunday. (Holly Keogh via Storyful)

While police have not yet named the climber, Adam Lockwood, a notorious 21-year-old free climber, posted a photo on Facebook that apparently shows himself standing at the top of the skyscraper overlooking the city.

Lockwood's previous stunts have included dangling from the 262-foot tall San Siro stadium in Milan and reportedly posing as a worker to climb a 1,200-foot crane in Dubai. 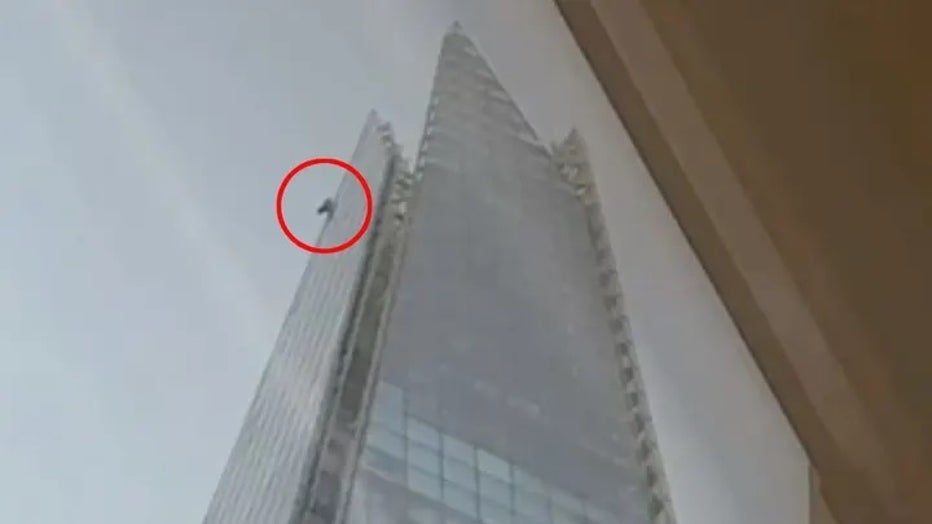 The climber was recorded ascending the building on video posted to social media. (Holly Keogh via Storyful)

Trains were also delayed due to the incident, according to the outlet. 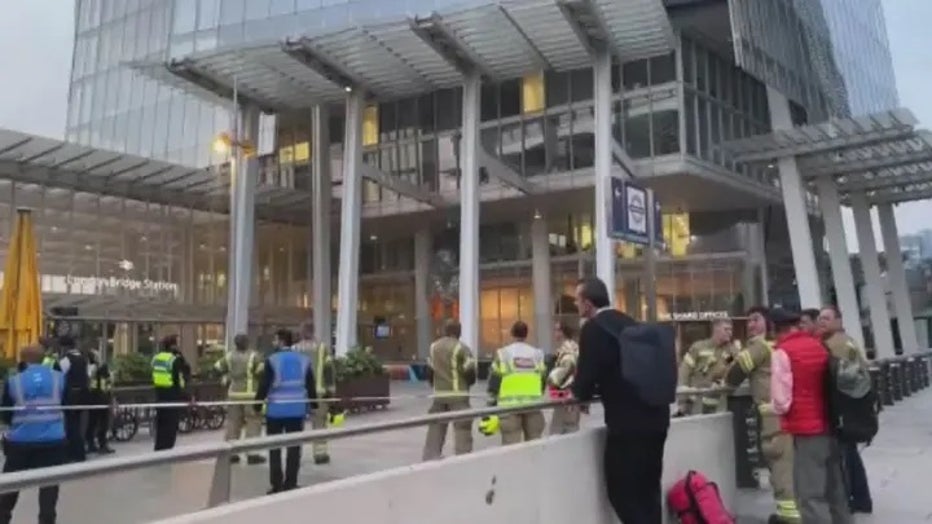 Police, firefighters and bystanders at The Shard watched the climber from below. (Holly Keogh via Storyful)

The Shard is a 1,016-foot skyscraper designed by the Italian architect Renzo Piano.

It is the tallest building in Western Europe.