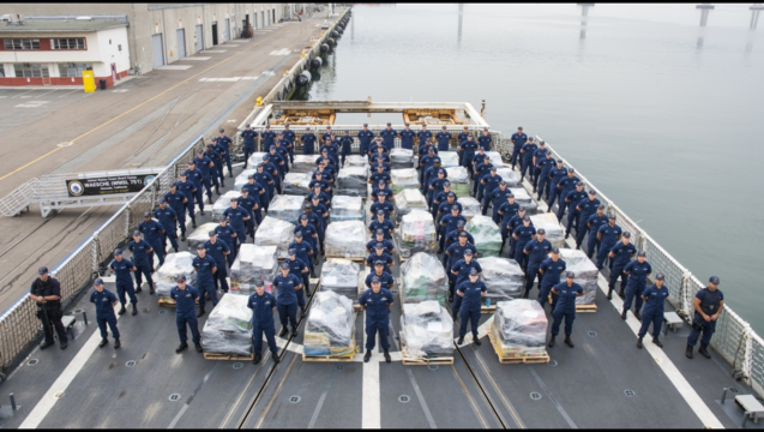 The drugs brought ashore Thursday from the cutter Waesche were seized by the crews of eight Coast Guard cutters in the Eastern Pacific from late March through this month.

The Coast Guard says it has been focusing personnel and resources on known drug transit zones in the Pacific during the last two years.