Show of support as Cobb County deputy laid to rest

Friends, family and fellow members of law enforcement eulogized Jonathan Koleski before a procession led by thousands of officers took him to his resting place.

Koleski and Deputy Marshall Samuel Ervin, Jr. were killed while attempting to serve an arrest warrant for a suspect wanted for theft last Thursday night at a home near Marietta.

"That voice I want to hear right now but I can't, and I never will and I'm completely shattered," one of Koleski's sisters said during the service.

Procession for Cobb County deputy killed in line of duty

The body of Cobb County Deputy Jonathan Randall Koleski is heading from a Kennesaw church to Georgia National Cemetery.

She remembered the good and funny moments as the family deals with the magnitude of the loss.

Loved ones and law enforcement have gathered to pay respects at a public visitation for Deputy Jonathan Randall Koleski.

"His smile was bright, his laugh was contagious, and his jokes were almost 90% of the time inappropriate," she said.

The ceremony was painstakingly planned to make sure Deputy Koleski's 15 years of service in Cobb County were honored along with his three tours in Iraq and Afghanistan.

"Jon wanted to make a difference in lives, he wanted to train the new generation of deputies and give them the best of himself to make them better," a fellow deputy and friend said.

Just outside the front doors of the church people saluted the deputy's service and the ultimate sacrifice he made protecting this community with some brought to tears.

"Just to see the outpouring of love for somebody that we probably didn't even know that's humanity, I mean that's just who we are," said Karen Greathouse.

The somber ceremony pays tribute to a deputy killed on duty with the message that he may be gone, but he will not ever be forgotten.

"Jonathan, the entire sheriff's office salutes you and thanks you for your service not only for us but for the whole nation," said Cobb County Sheriff Craig Owens.

"We will not forget our friend because heroes live forever," the friend said.

Deputy Koleski leaves behind a wife. She was presented with a medallion from the sheriff's office to be reminded that she would never be alone.

Georgia Gov. Brian Kemp has the flags over the Capitol and at all state facilities to be lower to half-staff on Wednesday and Thursday to honor the deputies as the community comes together to honor the fallen deputies. 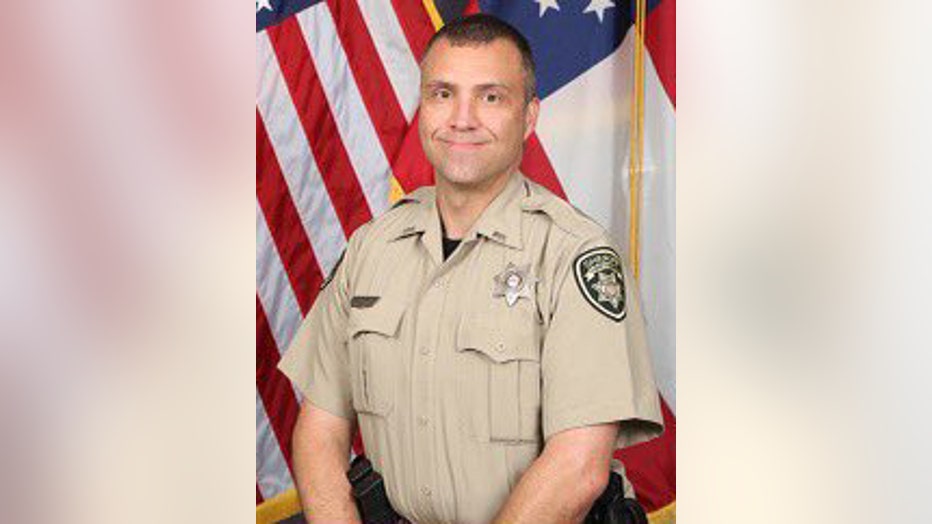 Jonathan Koleski, 42, a Florida native, had been with the Cobb County Sheriff’s Office for 15 years. He first was sworn in as a deputy in 2007.

Koleski was called to serve in the U.S. Army after Sept. 11, 2001. He served three tours in Iraq and Afghanistan as part of the 101st Airborne Division.

He would later go on to join the Georgia National Guard.

His family says he loved the outdoors, was an avid runner, and could be seen on any given weekend running one of the many 5K runs around metro Atlanta.

His family also described him as an animal lover and an adventurous foodie.

Koleski is being remembered as a devoted husband, son, brother, uncle, and a friend to many. 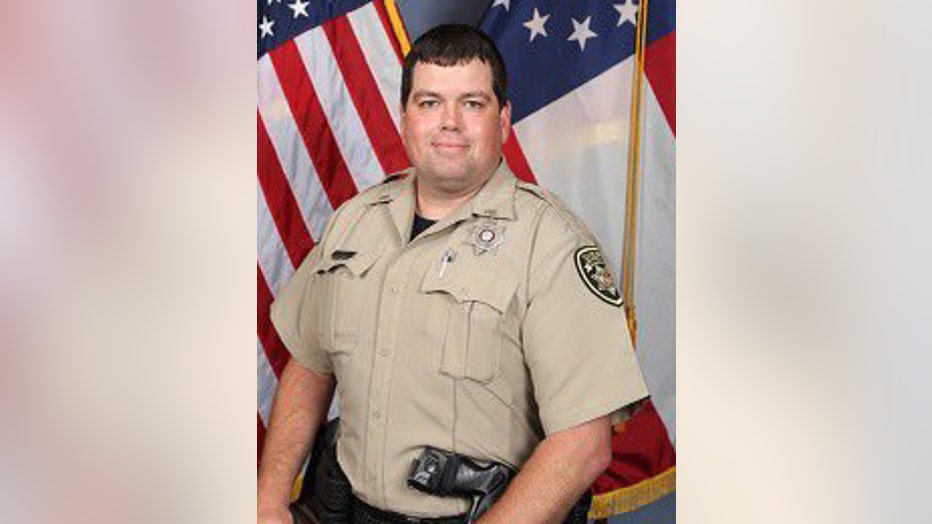 Marshall Ervin, Jr., 38, has deep roots in Georgia. He graduated from East Paulding High School and would go on to marry his high school sweetheart.

He loved his guitar, fishing and most of all was spending time with his daughters who were his everything.

His family will remember him as a loving husband and father who will truly be missed.

He is survived by his wife, daughters, siblings, and extended family.

Funeral services for Ervin will take place at 2 p.m. Thursday at West Ridge Church in Dallas. Visitation will be just before the services starting at Noon.

A procession is expected either before or after his service, but those details have not been shared.

Both services will be streamed.

How to support deputies' families

The Cobb Sheriff's Foundation is accepting donations to support the deputies' families.

There is a "Donate" button on the homepage of the foundation's website. You can register online and donate any amount of money. Donations are accepted by credit card or offline.