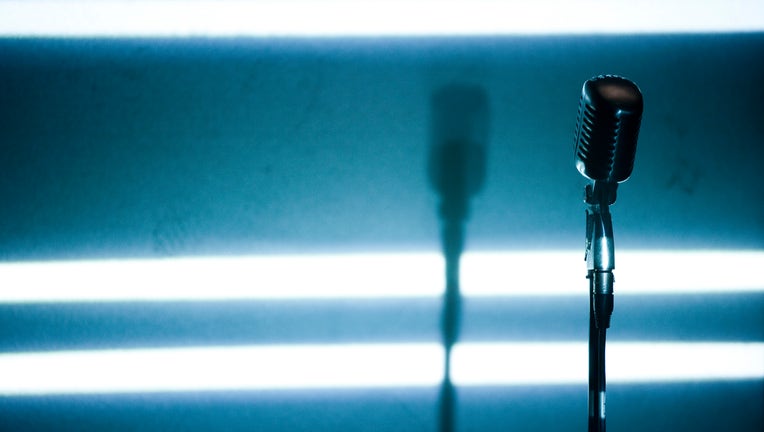 POINT PLEASANT BEACH, N.J. - Comedian Ariel Elias proved she can handle her hecklers after someone threw a beer at her while she performed at a New Jersey comedy club.

Without hesitation, Elias picked up the beer can and chugged what was left in it. She posted the social media clip on Twitter and it has now gone viral, getting more than 4 million views.

"To answer the most obvious question, yes, I did pick up what was left of the beer and chug it," she posted on Twitter.

It’s not clear why the person threw the beer, but it came after an off-camera female audience member questioned Elias over whom she voted for in the 2020 presidential election — leading to a tense exchange.

While Elias performed at Uncle Vinnie’s Comedy Club on October 8, she opened the floor to questions.

The audience member first yelled and asked Elias if she voted for Donald Trump.

"Why would you ask me that knowing I’m the only Jew in this room? Are you trying to get me killed?" Elias responded.

"If it makes you feel any better I vote in New York, my vote doesn’t matter there. Guys, everybody vote for whoever you want to vote for. I don’t care who you voted for, I’m just happy we’re all here together," the comedian continued.

"I can tell by the fact that you’re still talking when nobody wants you to that you voted for Trump," Elias clapped back.

A few more words and seconds passed before a beer can flew on stage and slammed into the wall behind Elias.

RELATED: 'The Grinch' horror movie 'The Mean One' coming this Christmas, reports say

The club’s owner, Dino Ibelli, told FOX Television Stations the man who threw the beer was the husband of the heckler.

Ibelli said he tried to get the wife to stop shortly after her exchange with Elias, and then the woman started to leave. Ibelli said it was seconds later that her husband threw the beer.

Ibelli said they have identified the husband and filed a police report. He said Elias was shaken up over the incident but is now okay. She’s scheduled to return to the comedy club in April.

Elias has received support from many high-profile comedians on Twitter.

"For all y’all who want to make fun of comics for saying we didn’t sign up to be physically attacked and put on a pedestal, take a peekie poo. @Ariel_Comedy you’re a class act," Whitney Cummings tweeted.

FOX Television Stations has reached out to Elias for comment.