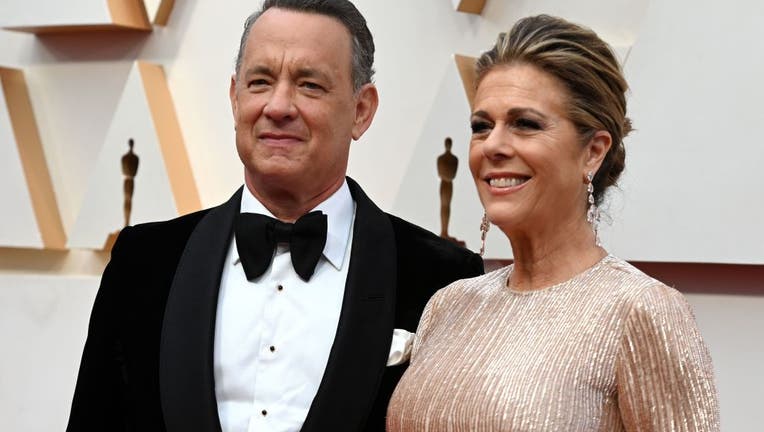 US actor Tom Hanks and wife Rita Wilson arrive for the 92nd Oscars at the Dolby Theatre in Hollywood, California on February 9, 2020. (Photo by Robyn Beck / AFP) (Photo by ROBYN BECK/AFP via Getty Images)

Celebrities, politicians and professional athletes faced a backlash this week as many revealed that they had been tested for the coronavirus, even when they didn’t have a fever or other tell-tale symptoms.

That’s fueling a perception that the wealthy and famous have been able to jump to the head of the line to get tested while others have been turned away or met with long delays.

The concerns over preferential treatment underscore a fundamental truth about inequalities baked into the American health care system — those with the financial means can often receive a different level of service.

RELATED:  Notable celebrities, leaders and figures who have been diagnosed with the novel coronavirus

Asked about the issue Wednesday, President Donald Trump said the well-to-do and well-connected shouldn’t get priority for coronavirus tests. But the wealthy former reality star conceded that the rich and famous sometimes get perks.

“Perhaps that’s been the story of life,” Trump said during a briefing at the White House. “That does happen on occasion. And I’ve noticed where some people have been tested fairly quickly.”

On Wednesday, the Brooklyn Nets professional basketball team announced the entire team was tested last week upon returning from San Francisco after a game against the Golden State Warriors. The team found a private lab to do the work, and on Tuesday announced that four of its players were positive for the virus, including perennial All-Star Kevin Durant. 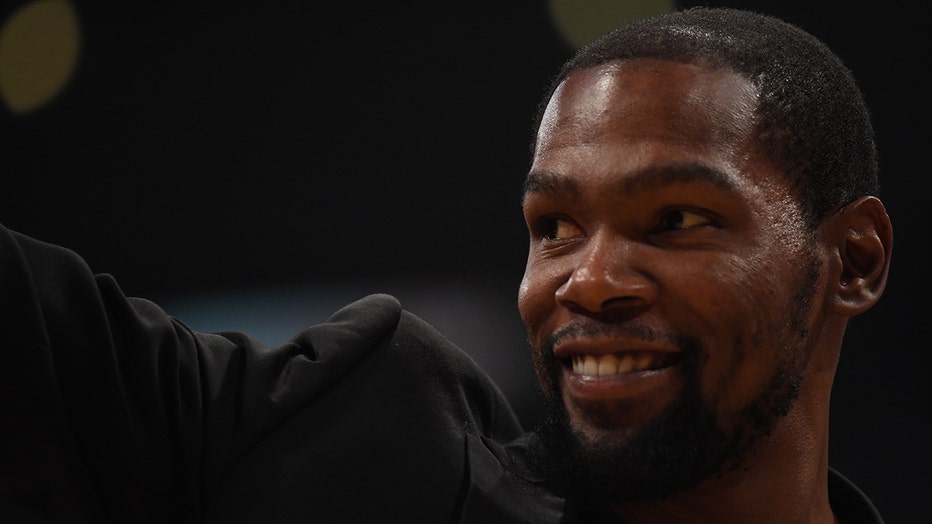 Even though public health resources were not used, it raised the ire of many, including New York Mayor Bill de Blasio.

“We wish them a speedy recovery,” the mayor wrote on Twitter. “But, with all due respect, an entire NBA team should NOT get tested for COVID-19 while there are critically ill patients waiting to be tested. Tests should not be for the wealthy, but for the sick.”

RELATED: Get the latest news on the coronavirus at CoronavirusNOW.com

The 30-year-old has fibromyalgia and an autoimmune disorder that put her at high risk for complications if she contracts the virus. She’s been running a fever and coughing since last week. Her doctor recommended she get tested at the emergency room, but there she was told there weren’t enough tests, so she can’t get one.

Fraser has seen celebrities and politicians getting tests, and that upsets her.

“Why are they getting in front of the line? People like me, average Joes, we get pushed to the back of the line. Why can Congress get it and we can’t?” she asked.

Public frustrations over the difficulties getting tested for the new virus have been building since the first U.S. case was confirmed Jan. 20. Early missteps with test kits developed by the Centers for Disease Control and Prevention, coupled with strict government criteria about who qualified for screening, have led to widespread reports of people struggling to get tested. Even those who manage to get successfully swabbed often report long delays in getting the results back due to lengthy backlogs at government-run labs.

Seeking to break the logjam, the federal Food and Drug Administration announced earlier this month it would allow major private diagnostic lab companies to begin rolling out new COVID-19 tests and relaxed regulations typically required before new tests can be brought to market.

Over the last two weeks, that has led to a surge in testing available from private doctors and labs not bound by CDC’s criteria for which patients should be prioritized for testing, such as those with fever and difficulty breathing who have recently traveled to affected countries overseas, or those who have had close contact with someone confirmed to have had the virus.

By comparison, the CDC and other public health labs conducted about 30,000 tests in the eight weeks since the pandemic arrived in the U.S., according to data compiled by researchers at Johns Hopkins University.

The NBA suspended its season on March 11 after a Utah Jazz player tested positive for the coronavirus just before a game — eventually canceled — with the Oklahoma City Thunder. Oklahoma’s state epidemiologist confirmed last week that the Jazz, their traveling party and a number of Utah beat writers — 58 people in all — were tested after the cancellation of the game in Oklahoma City once it became known that All-Star center Rudy Gobert tested positive for the virus. 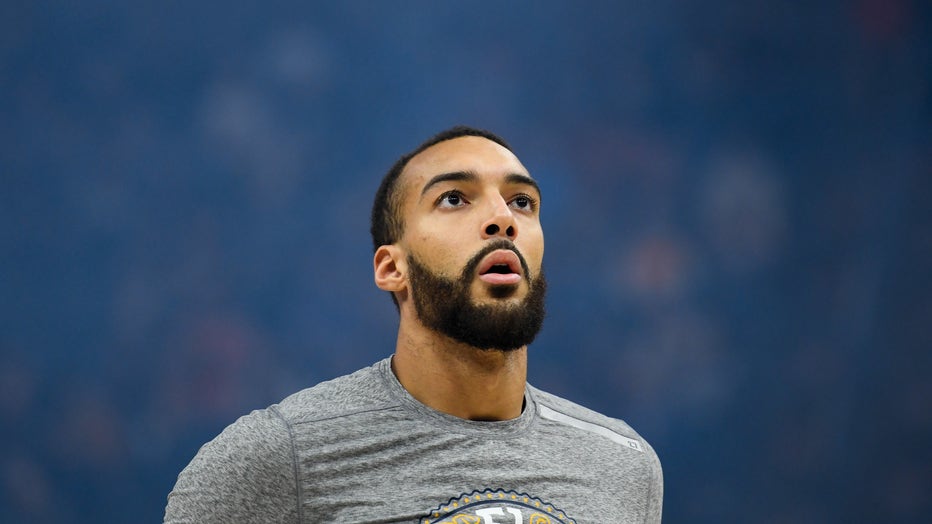 FILE - Rudy Gobert #27 of the Utah Jazz looks on before a game against the Toronto Raptors at Vivint Smart Home Arena on March 9, 2020 in Salt Lake City, Utah. (Photo by Alex Goodlett/Getty Images)

• Why NBA players get coronavirus tests despite scarce supplies

League officials have said that since its players have direct contact with each other and often interact very closely with fans, both physicians who work for teams and public health officials were concerned that they could accelerate the spread of the virus. NBA spokesman Mike Bass said that players getting tested — and in some cases, revealing their positive status — may have ultimately “drawn attention to the critical need for young people to follow CDC recommendations.”

Hollywood actor Idris Elba said he didn’t have any symptoms when he announced his positive test on Monday, prompting questions and criticism on social media about why he got a test when he was not symptomatic.

On Tuesday, Elba explained further in a follow-up video. He said it was because he learned on Friday that a person he was in contact with had tested positive. He said he was on location, about to start a film. It was not clear what country he was in or where he was tested. 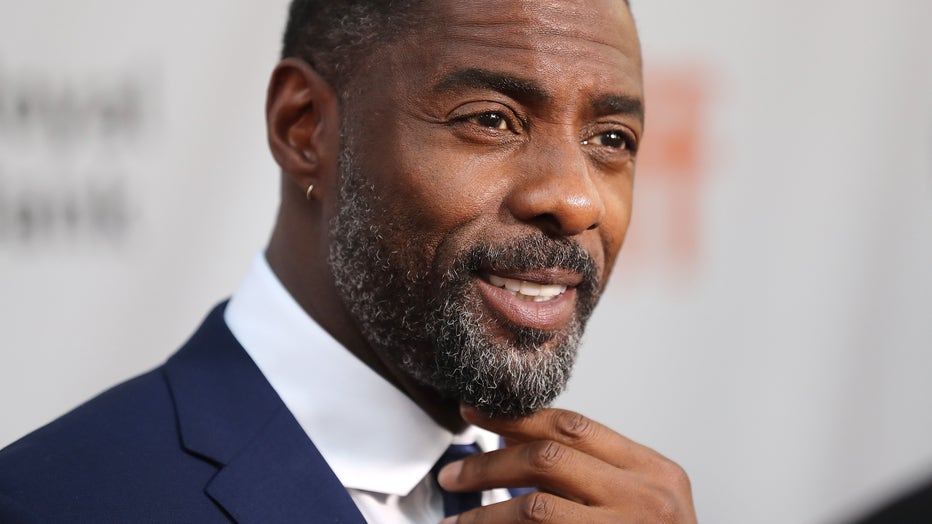 TORONTO, ON - SEPTEMBER 10: Actor Idris Elba speaks to the media at the premiere of "The Mountain Between Us" during the 2017 Toronto International Film Festival at Roy Thomson Hall on September 10, 2017 in Toronto, Canada. (Photo by J. Countess/Wire

“I was around a lot of people. And quite honestly, my job made me test immediately,” said Elba, an Englishman best known for his roles on the HBO series “The Wire” and as a detective on the BBC One series “Luther.”

“I had to test anyway, because it meant putting a lot of people at risk if I had been exposed, then the people I would be working with would also be exposed. So, we got a test immediately. We were really lucky to take the test very quickly, because of the shortages of tests.”

But Elba’s work situation isn’t unusual. Businesses across the country are shutting down to prevent employees from exposing themselves to the virus at work. Several cities, including New York, San Francisco and Washington, have ordered bars, restaurants, gyms, movie theaters and other businesses to close to slow the virus’ spread.

Ali Fedotowsky-Manno, former star of ABC’s “The Bachelorette,” found herself on the defensive after announcing in a post on Instagram on Sunday that she had been tested at a clinic in Los Angeles after she said she had shortness of breath and an X-ray that showed white spots on her lungs, and what she said were “all the symptoms of the virus, except for a fever.”

She said she went to a clinic called Mend, which she said was “one of the only places that will do the test if you don’t have a fever.”

Fedotowsky-Manno said Wednesday in an interview with The Associated Press that she had seen commentary accusing her of special treatment. She denied the accusation, saying she chose the clinic closest to her house, She checked in under her married name and only heard the clinic would give tests to people without a fever from someone else in the waiting room, after she was already there.

“Nobody knew who I was at that urgent care. I went to urgent care like anybody could,” she said.

The CEO of Mend did not return emails seeking comment, but the clinic’s website says it charges $195 for a home visit to collect swabs for COVID-19 tests, with Quest then billing a patient’s insurance to process the samples.

“We would expect physicians to follow CDC clinical criteria,” said Wendy Bost, a spokeswoman for Quest. “Our materials about the test are clear on this point.”

The company declined to provide a figure for what it charges for its COVID-19 test.

Fedotowsky-Manno on Wednesday was still waiting for her results, five days after getting tested. She said she understands why people are upset over testing.

“I think it’s crazy that everybody can’t get tested,” she said. “It’s absolutely absurd.”

Smith reported from Providence, Rhode Island, and Reynolds from Miami.