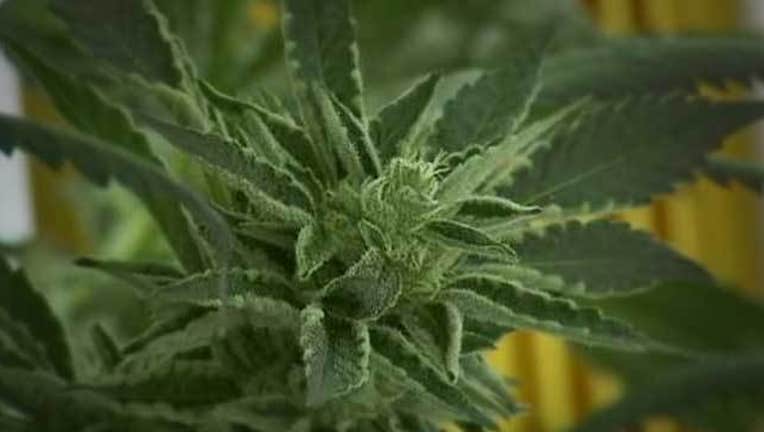 "The Governor said he wanted to expand liberty in Texas. I don't think that just applies to guns and open carry but to plants that God made that are good," Simpson said.

The Tea-Party-backed conservative Simpson says he doesn't believe God made a mistake with marijuana that the government needs to fix.

"We may disagree with how someone uses this or that substance but as long as they don't harm someone, government needs to get out of the way," he said.

House Bill 2165 is a "strikethrough" according to Simpson. It removes every reference to marijuana and cannabis offense in the Texas statutes.

He says yes, the plant can be abused...but it can also help people with Epilepsy and PTSD...something his constituents made known to him.

Attorney Jamie Spencer is the Executive Director for marijuana advocacy group, Texas NORML. He says of the several bills they have in front of the legislature right now, Simpson's is the most extreme in solving the war on drugs.

"I am not surprised that a conservative proposed this. In fact, in theory, you could make the argument that it's the liberal nanny state that is concerned about solving your drug problems, that wants to come and get in your business. But in theory, it's actually the conservatives who say that the government shouldn't be interfering in personal decisions. Especially something like growing a plant in your backyard that effects no one else but you," Spencer said.

Simpson says the reaction has been mostly supportive.

On Simpson's Facebook page, Frank Coleman wrote "As an agnostic progressive living in New York City, there's probably not much we'd agree on politically, but this is certainly common ground."

But there's some dissent too.

Nick Hansen says "Hi David, thank you for sharing but I wanted to let you know that I couldn't disagree more. Not because I am against freedom but because there is a need for some substances to be controlled. As Christians, the Bible says we are to be sober-minded and this is impossible to do in the use of marijuana."