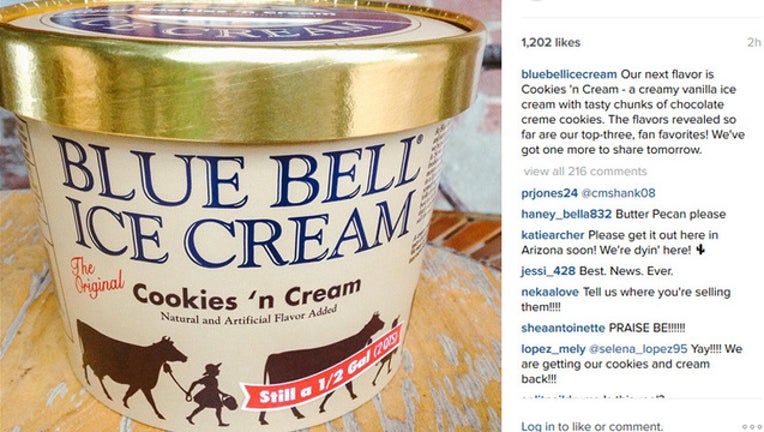 Cookies ‘n Cream will be the third Blue Bell Ice Cream flavor returning to shelves in parts of Texas next week.

The iconic creamery has announced one flavor per day this week that will be available for purchase. It previously said Homemade Vanilla and Dutch Chocolate would be out.

A fourth and final flavor will be unveiled on Thursday. Blue Bell has been announcing the flavors via its Instagram account.

Blue Bell will return to stores in Houston and Austin on Monday. North Texas is included in Phase Two of the roll out at an unspecified date.

There’s still no set date for when production could resume at the company’s two plants in Oklahoma and Texas.