As of Sunday, the wildfire in Bastrop County is 95% contained. Texas A&amp;M Forest Service says the official cause of the fire is a "cooking fire."

The wildfire was initially believed to cover 100 acres Saturday night, but more accurate map readings in the daylight downgraded the fire to an estimate of 50 acres, the fire is now believed to be spread across 37 acres.

Texas A&M Forest Service says the official cause of the fire is a "cooking fire."

No one was hurt and no homes have been reported damaged.

The Bastrop County Office of Emergency Management confirmed Saturday a wildfire in the vicinity of Cassel Way, Kelly Road, and 1441 in Bastrop County.

Kelly Road East from Cassel Way and west of Kelly Road to Hwy 21 had initially been evacuated with potential structural damage a major concern, however, as of early Sunday morning, the evacuation order has been lifted.

"The fire itself was spread majority based on the weather. We had high temperatures, low humidity, and moderate winds and that kind of caused the fire to spread fairly quickly. Any small source of ignition, you know, cooking fires, welding, even chains on the trailer can cause something similar to this and so we ask that people be more aware of what they're doing before it becomes something similar," said Alex Bregenzer with Texas A&M Forest Service.

The fire at this time is estimated to be 95% contained. 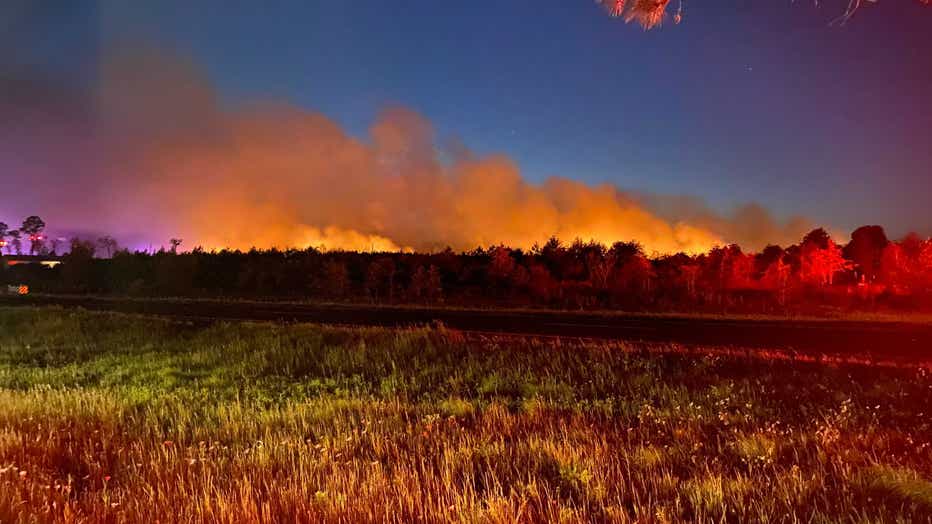 Emergency crews are evacuating homes in and around Cassel Way in Bastrop County due to a wildfire.

"If you live in the area please be aware of your surroundings and evacuate if necessary. If you do not live in the area, please stay away and let firefighters do their job," said Bastrop County OEM initially in a Facebook post.

Multiple agencies and departments were reported to be on scene Saturday night including as many as 50 firefighters and over 30 engines.

Texas A&M Forest Service says crews will continue to monitor the fire overnight and into Sunday.