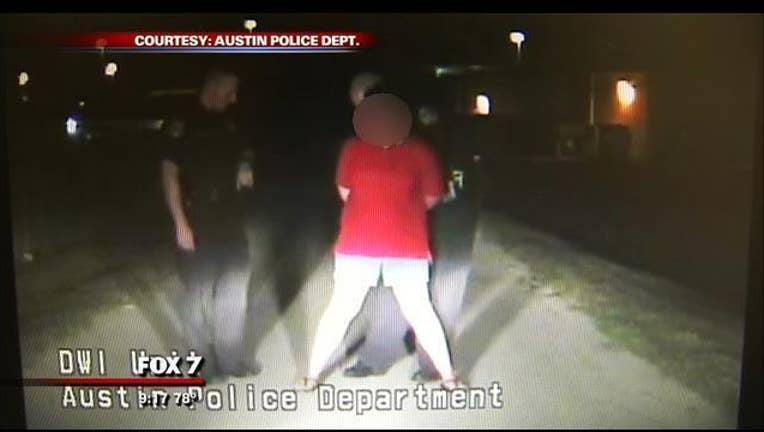 AUSTIN, Texas - This is dash camera video from October of 2012, an Austin Police Officer spotted Tasha Anders driving slowly with her hazards on and a tire-less rim.

Police say Anders' tests came back positive for depressants. Her child was in the vehicle, and fortunately, unharmed.

That was not the case in the 2013 arrest of Shea Goss.

Officers say Goss, high on a muscle relaxer and narcotic pain medication, ran off the roadway and crashed into trees. Her 4-year-old daughter was killed. Two other children in the car were injured.

Anders and Goss were blood tested and no alcohol was picked up. They were at least forthcoming about their medications, but typically, it's a puzzle for officers.

"I know for sure as a young patrol officer i probably let go a lot of people because i didn't smell alcohol and they weren't they didn't have that drunk look about them."

The department has 17 DREs. They used to work the evening shifts... But officers began to see more and more drugged drivers during the day.

Take this fatal crash from May of 2012. A 21-year-old speeding along Cesar Chavez jumped the curb and struck two joggers in broad daylight, one of which died.

The driver officers say was on Xanax and reported falling asleep at least 7 times before.

Because of cases like that one the DREs are on call 24 hours a day. They respond once officers have administered the typical DWI roadside tests.

"we look at their pupils in different lighting conditions, we take their pulse, get their blood pressure check their muscle tone and take all of that into consideration."

The DREs try to determine which of seven drug categories the signs fit and they then send off a blood sample for testing.

"The number one that i've seen is the central nervous system depressants..."

The number two is marijuana.

"When you talk about the definition of intoxication, a lot of people don't quite understand that you can be impaired on a medication that you've been prescribed."

"I've had cases with people an Ambien, which is a sleep aid and they're driving on Ambien."

Jennings says the drug evaluations have steadily increased from 11 in 2010 to 67 so far this year.

His officers are now conducting a 40 hour drugged driving training session for cadets.

The department plans to train an additional 15 DREs in 2015 to further combat the problem.