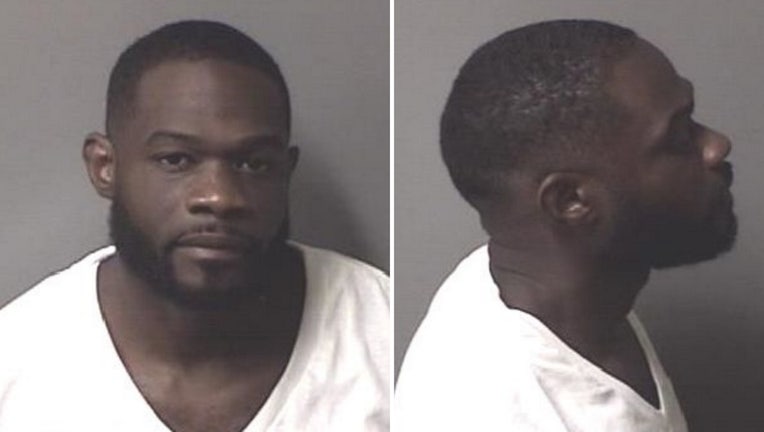 CRYSTAL RIVER, Fla. - Citrus County deputies say a man who had just been released from prison five days ago is back behind bars, this time on attempted murder charges.

The sheriff's office responded to reports of violent clashes outside of a Circle K convenience store on Sunday when deputies heard gunshots as they arrived on scene.

Investigators said multiple fights broke out among the crowd of 60 to 80 people as deputies tried to take control of the situation, identify potential victms and locate possible suspects.

RELATED: Elderly woman arrested after child was injured by stray bullet on Fourth of July

While dispersing the crowd, deputies discovered multiple gunshot holes in a truck. The person inside the vehicle was not injured, even though the bullet holes were near where they were seated.

Witnesses at the scene refused to cooperate with investigators, but detectives were able to identify the suspect as 32-year-old Demare Barnes through a photo array.

The sheriff's office said Barnes has a lengthy criminal history, including nine felony convictions from battery to fleeing and eluding law enforcement. He had just been released from prison on Oct. 1.

Detectives obtained a warrant for his arrest and took him into custody on Tuesday.

"Barnes is no stranger to violence; his extensive criminal history makes that evident," said Sheriff Prendergast. "Despite being sentenced in 2016 and serving four years in Union Correctional Institute, Barnes still posed a deadly threat to our community."

Barnes is charged with attempted murder, possession of a firearm by a convicted felon, and violation of probation. He is being held without bond.