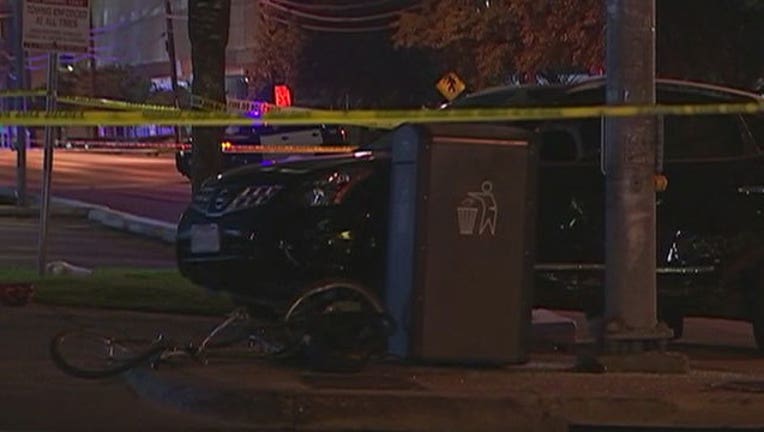 A cyclist is hospitalized after a crash in downtown Austin. It happened just before 1 a.m. at Lamar and 6th Street.

Police say a black SUV was heading west on 6th Street when it hit a cyclist and a white van which were both on Lamar.

The cyclist was taken to the hospital in serious condition.

The driver of SUV was arrested for DWI.

Police are talking to witnesses to determine what exactly happened.