President Joe Biden and Vice President Kamala Harris opened Earth Day's climate summit, with an ambitious pledge to cut by at least one-half the climate-wrecking coal and petroleum fumes that America is pumping out.

The Dalai Lama and 100 other Nobel Prize laureates are calling for world leaders to end the expansion of coal, oil and gas production and invest in renewable energy in an effort to tackle the climate crisis.

In an open letter published on the eve of Earth Day 2021, the group of former presidents and government officials, scientists, novelists and activists urge leaders around the globe "to act now to avoid a climate catastrophe by stopping the expansion of oil, gas and coal."

"Climate change is threatening hundreds of millions of lives, livelihoods across every continent and is putting thousands of species at risk," the letter states. "The burning of fossil fuels – coal, oil, and gas – is by far the major contributor to climate change."

Greenhouse gases trap heat and make the planet warmer, and human activities are responsible for almost all of the increase in greenhouse gases in the atmosphere over the last 150 years, according to the U.S. Environmental Protection Agency. The largest source of such emissions from humans in the U.S. is from burning fossil fuels for electricity, heat, and transportation, the agency states on its website.

The Nobel laureates and signatories, who are experts in fields ranging from economics to chemistry and physics to human rights, said they "are seized by the great moral issue of our time: the climate crisis and commensurate destruction of nature."

"The solution is clear: Fossil fuels must be kept in the ground," the letter reads. "Leaders, not industry, hold the power and have the moral responsibility to take bold actions to address this crisis." 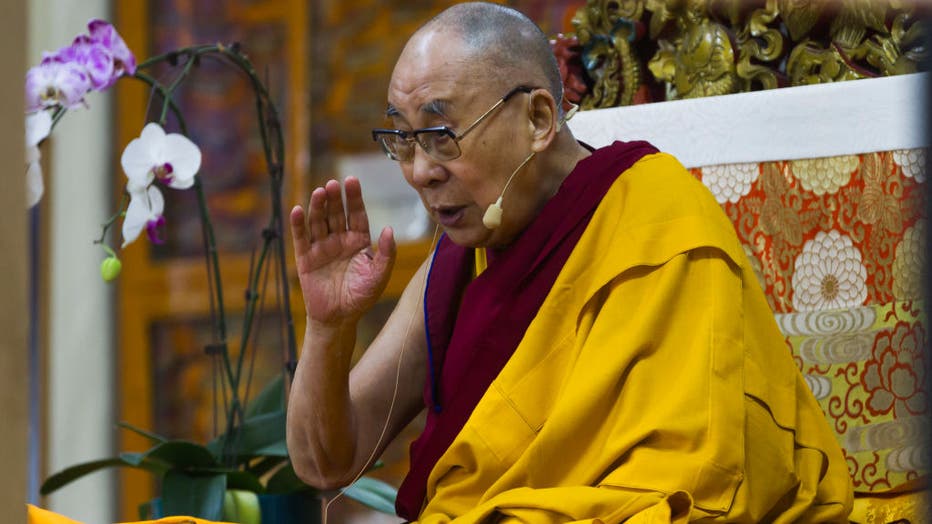 FILE - His Holiness the Dalai Lama during the teaching at Tsughla Khang Temple, Mcleodganj, on Oct. 3, 2019 in Himachal Pradesh, India. (Photo by Shailesh Bhatnagar/Pacific Press/LightRocket via Getty Images)

They call on leaders to work together "in a spirit of international cooperation" to end the new expansion of oil, gas and coal production, phase out existing production "in a manner that is fair and equitable," and invest in a "transformational plan" to ensure everyone has access to 100% renewable energy.

RELATED: Earth Day: Help save the planet, learn about climate change with dozens of free documentaries on Tubi

The letter was published ahead of President Joe Biden’s virtual global climate summit aimed at getting world leaders to dig deeper on emissions cuts. The U.S. has pledged to cut fossil fuel emissions up to 52% by 2030, marking the country’s return to global climate efforts after four years of withdrawal under President Donald Trump.

"Meeting this moment is about more than preserving our planet," Biden said, speaking from a TV-style set for a virtual summit of 40 world leaders. "It’s about providing a better future for all of us," he said, calling it "a moment of peril but a moment of opportunity."

"The signs are unmistakable. The science is undeniable. The cost of inaction keeps mounting," he added."

A separate letter also published Wednesday by a bipartisan group of governors from a dozen U.S. states urged Biden to back phasing out the sale of new gasoline-powered vehicles by 2035.

The governors, which include Democratic Gov. Gavin Newsom of California and Republican Gov. Charlie Baker of Massachusetts, also asked the president to similarly set the country on a path toward 100% zero-emission sales of new medium-duty and heavy-duty vehicles by 2045.