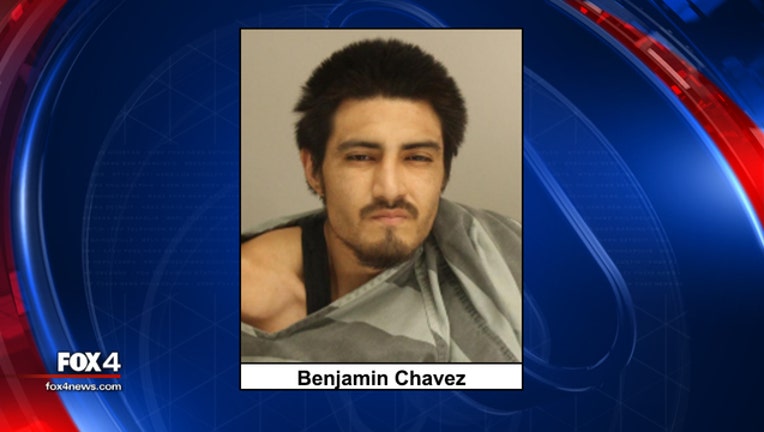 DALLAS - Dallas police charged a carjacking suspect in the death of another driver after a crash during a police chase earlier this week.

Police say he crashed at the intersection of Pleasant Dr. and Bruton Rd. in Pleasant Grove, killing 65-year-old Wayne Towns, of Kaufman.

The police chase began after officers spotted a vehicle that had been stolen the day before.

The driver, Chavez, refused to stop when officers tried to pull him over.

The Dallas PD helicopter was following Chavez, who ran a red light at Pleasant Dr. and Bruton Rd. and hit Towns' vehicle.

Chavez fled from the scene on foot, but officers were able to take him into custody.

Towns was pronounced dead at a local hospital.