The Dallas ISD superintendent says he is not changing its mask policy as the federal government is investigating what they call possible civil rights violations by the Texas Education Agency.

DALLAS - The federal government added Texas to the list of states it's investigating to see whether the governor's ban on schools requiring masks violates the law.

The Dallas ISD superintendent says he is not changing its mask policy as the federal government is investigating what they call possible civil rights violations by the Texas Education Agency.

Days after the TEA reinstated enforcement of Gov. Greg Abbott's ban on mask mandates, the U.S. Department of Education opened a civil rights investigation similar to probes already launched in six other states.

The U.S. Department’s Office for Civil Rights wants to know if bans on mask mandates ring unnecessary risk to students who have disabilities or are otherwise at greater risk for severe disease. 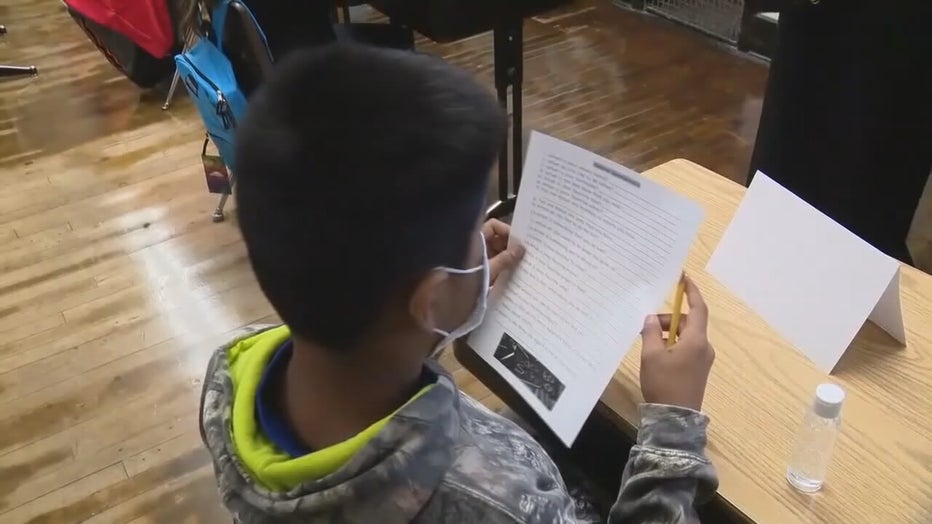 Eric Cedillo is a clinical law professor at SMU.

"They can, of course, sue the TEA and the state of Texas if they're not in compliance with that federal law that they have out there," he said.

Cedillo believes if the federal government sues, the case could last a long time while it goes through the courts.

It creates a gray area during a pandemic when health decisions need to be made quickly.

"There's a lot of things in flux, and I think there’s a lot of room for these school districts to make decisions," Cedillo said. "They aren't necessarily wholeheartedly saying, ‘We're not going to listen to you, governor. You're not the authority.’ They're kind of waiting for some actual guidance. And that, unfortunately, probably isn't going to come timely."

Dallas ISD Superintendent Dr. Michael Hinojosa says there are no plans to change its mask policy no matter what the TEA says. He says it’ll stay in place until all lawsuits are settled or until the pandemic slows down enough.

"If it gets to the Supreme Court and they rule on our particular case, we will have to follow the law at that point," he said. "We hope that’s delayed for a while. Maybe by then we will have the vaccine. Our cases will be better. We've said all along our protocol was temporary, but we don’t know when temporary ends."

Richardson ISD is being sued by the state, and it will decide whether to re-visit its mask mandate at its next board meeting in October.

COVID cases and hospitalizations are on a steady decline but remain high.

Hinojosa says his district will continue to follow the guidance of health officials.