Austin police are searching for the driver involved in a deadly crash and the daughter of the victim says she knows her mother will never be back but she believes in accountability. FOX 7 Austin's Meredith Aldis has more.

AUSTIN, Texas - Austin police are searching for a driver after a deadly hit-and-run crash in Southeast Austin last week. The daughter of the victim said her mother will never be back, but she believes in accountability and hoped this may help the suspect positively.

76-year-old Doris Jeanne Pitsenberger and her husband were visiting Austin from Virginia. On October 19, at around 9:20 p.m., they left the LaQuinta off Oltorf Street and I-35. They were walking hand-in-hand crossing the road to get a bite to eat.

"He said he heard a sound, and her hand was no longer in his hand and then he was very confused and thought, well did she suddenly beat me across, so he looked around and didn’t even see her and he estimates she had been thrown approximately 30 feet," daughter of the hit-and-run victim Paige Kite said.

"He took his cell phone and thought to turn on the flashlight so cars could see him to go to her," Kite said. "And then within minutes, it was help, help, help, just all kinds of trucks and lights, overwhelming trying to help."

Austin PD said they arrived to the scene and found Pitsenberger dead and the driver didn’t stop to help. 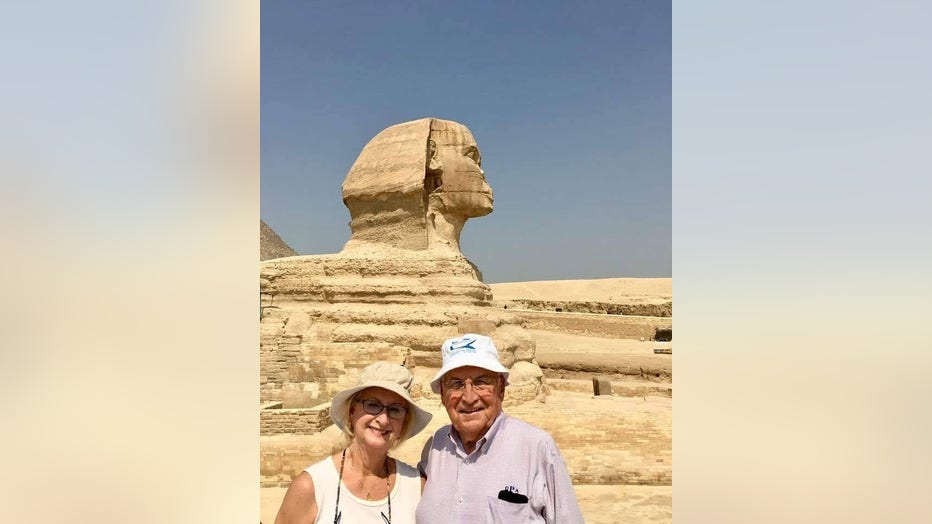 "I have to assume it was a distracted driver or inebriated or impaired in some way," Kite said. "For the love, stop texting and driver if that’s what this was. It’s highly likely it was something along those lines."

This is Austin’s 86th fatal crash this year, resulting in 88 deaths. Investigators are working to identify the driver of the vehicle in this case.

"We know that nothing will bring her back, but we believe, well I believe in accountability," Kite said.

Kite said this is a huge loss to her family.

"My mother was just the pure example of love and service, she was a servant, she always wanted to build community wherever she went, and made friends and she and my dad were world travelers and loved seeing the whole world," Kite said.

Kite said her mother and father had plans to visit Antarctica in a couple months, the last continent for them to visit.