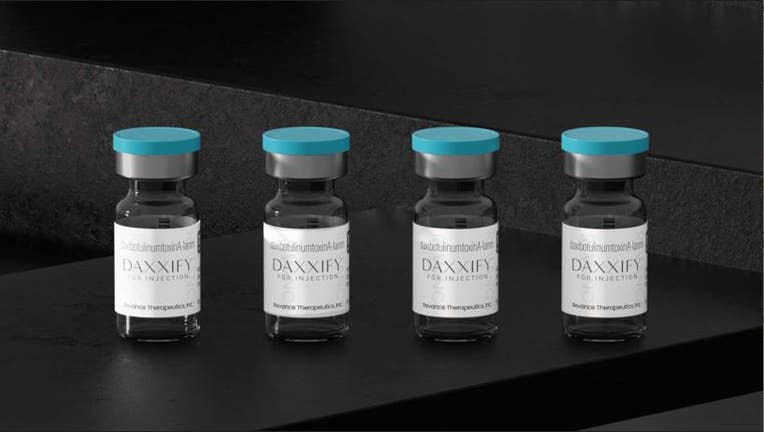 NASHVILLE, Tenn. - The U.S. Food and Drug Administration approved an injection designed to minimize the appearance of facial wrinkles, creating more competition in a market that has long been dominated by Botox.

The anti-wrinkle injection, called Daxxify, was developed by manufacturer Revance Therapeutics, which announced the approval on Thursday. Studies showed the drug can temporarily improve "moderate to severe frown lines" in adults for a median duration of six months, which is up to two months longer than the period generally provided by Botox.

Botox received initial U.S. approval for therapeutic use in 1989 and was later studied and rebranded for the treatment of moderate to severe frown lines. In 2002, the FDA approved it as a temporary cosmetic treatment for wrinkles — the first of its kind. The agency requested the AbbVie product be marketed as "BOTOX Cosmetic" to distinguish cosmetic from therapeutic uses, according to a product history.

With the newly-approved product, Revance said Daxxify will expand its access to the growing $3.2 billion U.S. facial injectables market.

Like Botox, Daxxify is an acetylcholine release inhibitor and neuromuscular blocking agent. This means blocking certain chemical signals from nerves, mostly signals that cause muscles to contract, according to the Mayo Clinic.

The most common use of Botox, and now Daxxify, is to temporarily relax the facial muscles that cause wrinkles. Botox injections are also used to treat conditions such as neck spasms, excessive sweating, an overactive bladder, and lazy eye, the Mayo Clinic adds.

A Florida man is charged with impersonating a doctor and injecting Botox into unsuspecting victims during an event last month at which he was allegedly drinking alcohol.

The U.S. approval of Daxxify was based on data from more than 2,700 patients and approximately 4,200 treatments. The company said 98% of trial participants had no or mild wrinkles by four weeks after injection. The median duration lasted six months, and some patients maintained treatment results for as long as nine months.

Daxxify was found to be "generally safe and well tolerated" with no serious treatment-related adverse events reported in during the clinical trials, Revance said. The most common treatment-related adverse events in the pivotal trials were headache (6%) followed by eyelid ptosis or a drooping eyelid (2%) and facial paresis, including facial asymmetry (1%), the company said.

In the Revance announcement, the company and the FDA warned Daxxify’s effects could spread from the injection site to other areas "to produce symptoms consistent with botulinum toxin effects."

"These symptoms have been reported hours to weeks after injection. Swallowing and breathing difficulties can be life-threatening and there have been reports of death," the warning states.

The price of the Daxxify injection was not immediately shared. Revance said it will be available following an early training and education program at its Nashville headquarters, followed by a broader commercial launch in the United States.