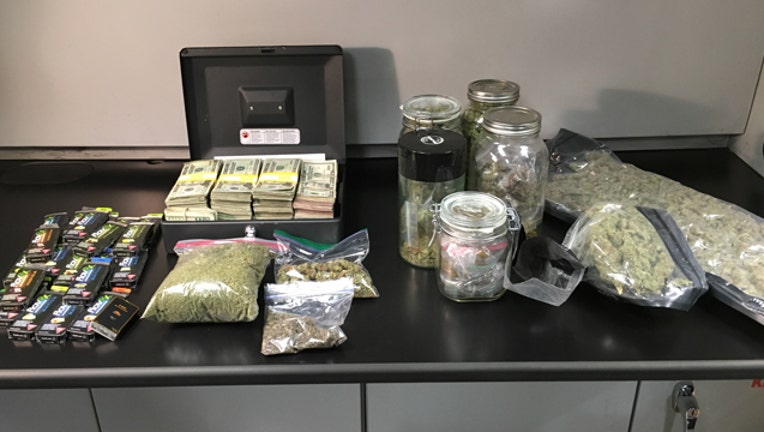 Officers visited the home in the Oak Brook neighborhood after several people reported suspicious activity there.

“What they did is, they started realizing that there's potentially a lot of activity here, traffic activity, and they started doing some traffic stops when they had a violation, and they realized these violations yielded some results in drugs,” said Williamson County Sheriff Robert Chody.

Inside the home was a lot more than officers expected; more than three pounds of marijuana, a few grams of hallucinogenic mushrooms, several grams of marijuana-based wax and oils and more than $71,000 in cash.

“These two people we believe to be responsible for it, don't have any job history as far as working, so this was their full-time income,” Chody said.

Chody said he never would've guessed a drug dealer lived in such an unassuming neighborhood.

“Some older houses in one side, some newer houses on the other, but it's a nice, affluent neighborhood. You wouldn't expect drugs, especially with $72,000 cash at that level of drug dealing going on in that area,” said Chody.

In fact, officers may have never known about the drugs if it weren't for neighbors reporting suspicious activity.

“Had it not been for a simple nuisance complaint, that house would still be operating right now,” Chody said.

According to Chody, it's important for law enforcement to find and charge drug dealers before they attract additional crime.

“There are drugs in Williamson County and we have to take that serious, because, if we don't combat that, we just have that issue start to grow. And with drug dealing houses comes crimes of shootings, stabbings, things of that nature,” said Chody.

To alert Williamson County deputies to suspicious activity either call their tip line at 512-943-1170 or email them at druginfo@wilco.org