No plans for additional evacuations around Piney Point

PALMETTO, Fla. - The Florida National Guard and the Division of Emergency Management are flying in more than 20 additional pumps to help drain millions of gallons of water from a Piney Point reservoir that began leaking in late March.

On Saturday, Florida Governor Ron DeSantis declared a state of emergency for Manatee, Pinellas and Hillsborough Counties to ensure resources are allocated for necessary response & recovery.

Officials say 2-3 million gallons of water per day have been flowing through a leak in a containment wall for the past week.

Residents and businesses one mile to the north of the facility and half a mile to the south have been asked to evacuate. Residents within the evacuation zone who need help are asked to call Manatee County's 311 Call Center, which will connect residents with Red Cross resources. 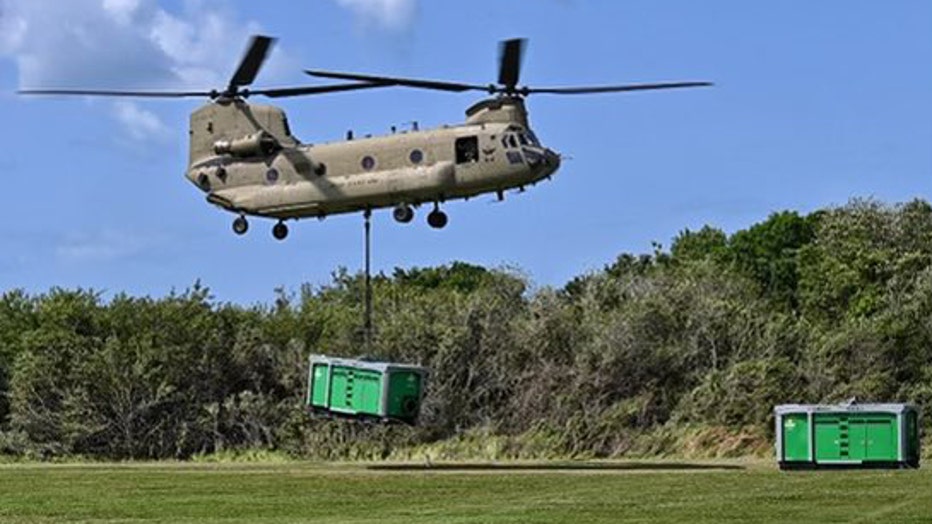 Engineers say a controlled release of water is necessary to prevent a catastrophic failure.

According to Acting Manatee County Administrator Scott Hopes, there are about 300 million gallons remaining in the pond as of Sunday afternoon and should a full breach occur, it could create a 20-foot wall of water within minutes.

During a press conference Sunday morning, Governor Ron DeSantis said the water being released in a controlled fashion at Port Manatee is not radioactive. He said it is primarily saltwater mixed with legacy process water and stormwater runoff. DeSantis said the water was tested before the controlled release and continues to be tested. He added that the primary concern are the nutrients in the water, particularly phosphorus and nitrogen.

DeSantis said that while they want to minimize environmental impact, the main goal is to minimize the impact to residents and prevent an uncontrolled discharge of the water.

"The quality of the water flowing from this is less than the risk of everyone’s health and safety who live in the area," DeSantis said.

During a press conference Sunday afternoon, Vanessa Baugh, Manatee County Commission chairwoman said, "No news is good news. The steady draw of water at Piney Point has been successful and we have thankfully avoided an uncontrolled breach that would've damaged people and property in the evacuation zone.

Baugh stressed that water from Manatee County Utilities is safe to drink. She added that there is also no threat to Lake Manatee, which is the primary source of drinking water in the area. She also said that well water has not been affected. According to Baugh, if an uncontrolled breach occurs, the Department of Health will issue any necessary advisories. 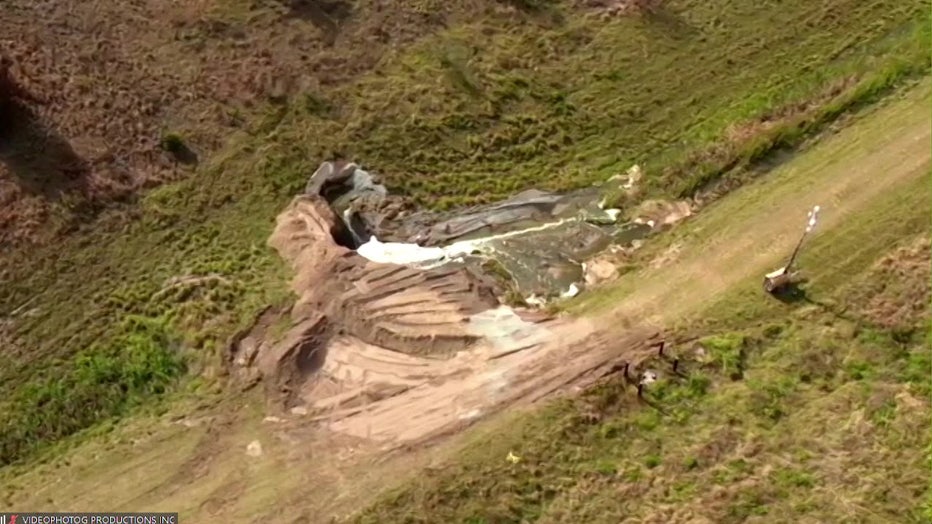 As far as the next steps, Hopes said, "We won’t be repairing the liner (of the reservoir). We will be depleting the holding ponds of their water and then we will be moving toward a permanent solution into the future once we mitigate the current risk, which will probably include filling these ponds after they’ve been void of their contents and capping them, leaving a permanent solution that this will not happen in the future."

During Sunday’s press conference Governor DeSantis also vowed to hold HRK Holdings, which manages the Piney Point phosphogypsum stack, accountable for the breach and said, "This is not acceptable."