Some people in Dallas County are mailing out their ballots — only to have those same ballots mailed right back to them.

DALLAS - Some people in Dallas County are mailing out their ballots — only to have those same ballots mailed right back to them.

The county says it’s a design flaw on the envelope that existed during elections last year.

One Dallas County elected official is saying votes will not be counted because of these issues.

The Dallas County Elections Office would not answer FOX 4’s questions, but a statement reads that they are addressing the problems. 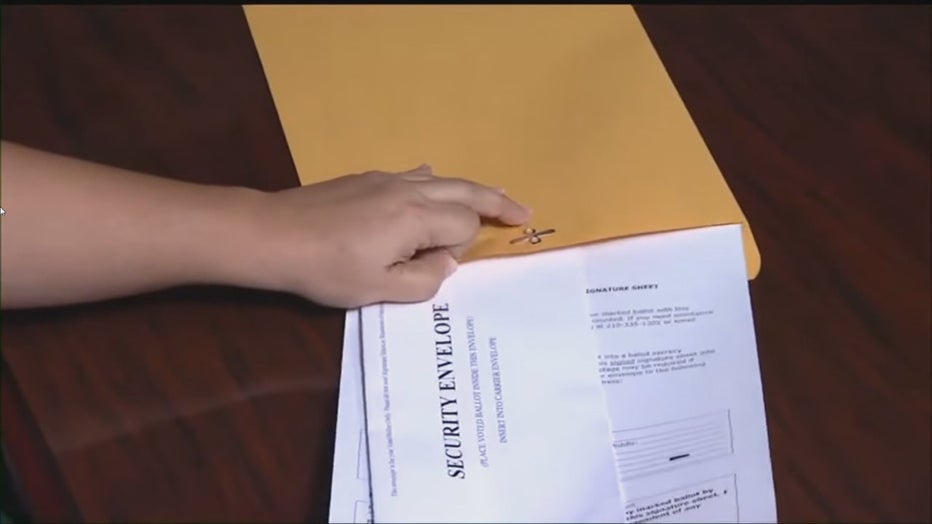 Pat Jones received her Dallas County mail-in ballot Tuesday, completed it on Wednesday and then dropped it off at the post office. By Friday, her completed mail-in ballot was back in her mailbox at her Richardson home.

“I’m angry and I’m disappointed that the county couldn’t do any better than this,” Jones said.

“A ton,” he said. “I mean, we’re setting up an Excel spreadsheet with all.”

According to Koch, Dallas County received more than 120,000 requests for mail-in ballots. Roughly 56,000 have been sent and only 11,000 have been received.

Koch says it is recommended that voters send in their ballots by Oct. 15 to have them counted by Election Day. He is raising the alarm and is the most outspoken in doing so, saying that the Dallas County Elections Office is not prepared.

A spokesperson for her office sent a statement that said: “The Dallas County Elections Department is aware of a small number of mail ballots being returned to the sender by the post office. We are diligently working with all parties involved to address this issue.”

“This is something we have to get right in our democracy. We have to be able to count votes,” Koch said.

The issue, according to Pippins Poole, is with the barcodes on the envelopes, which she says was an issue last year. Last month, she told the elections commission that the problem with the postmaster was fixed.

“We have established that protocol with them and we want to make sure they know this is the way they should handle that mail,” Pippins Poole said during a Sept. 3 meeting.

Jones has an underlying condition, making her more susceptible to a severe case of COVID-19. Now, she fears she will have to drop off her ballot in person.

“I don’t go anywhere now, so I don’t think I should go and stand in line,” she said. “I thought the mail-in ballot was the best way to do it.”

People who are having issues with their mail-in ballot can drop off their ballot in person at the elections office.

There is talk of a drive-through drop off, but that has not yet been sorted out a month out from the election.