Despite record-breaking demand expected this summer in Texas, ERCOT believes it can meet demand

ERCOT is expecting record-breaking demand this summer, but ERCOT officials said they believe they’ll be able to meet that demand.

The Electric Reliability Council of Texas (ERCOT) is expecting record-breaking demand this summer, but ERCOT officials said they believe they’ll be able to meet that demand.

ERCOT officials said they are making preparations and going into the summer season confident, saying heat is what the grid is most prepared for.

This comes at a time when public trust, is at an all-time low.

While extreme scenarios could pose a problem for the grid, the chances of them happening is extremely low, according to ERCOT.

As we start inching closer to summer, the temperatures will go up and those AC units will start kicking on a little longer.

In an effort to restore consumer trust, ERCOT said they are trying to be more transparent about what the real risks are in extreme weather conditions.

Officials said there’s only a 1% chance of those scenarios actually happening.

Others, however, are skeptical.

"This is normally what we do best in Texas. If we fall down because of the heat this time, then we have bigger problems than we anticipated," said Bruce Bullock, with the SMU Maguire Energy Institute.

With record energy demand expected this summer, ERCOT claims the grid is ready.

Despite record-breaking demand expected this summer, ERCOT believes it can meet demand

While extreme scenarios could pose a problem for the grid, the chances of them happening is extremely low, according to ERCOT.

But in certain scenarios, like on a peak summer day with low wind conditions, ERCOT officials said they may have to enter into emergency operations, which can include controlled outages.

"And that’s really a last resort to make sure we’re preserving the reliability of the system so we can get people’s power back on as quickly as possible," said Dan Woodfin, senior director of system operations for ERCOT.

ERCOT officials said extreme scenarios can happen, but they believe there’s less than a 1% chance.

Rice University associate professor Daniel Cohan said that estimate may not be accurate.

"This is much more than a one in 100 chance we might have these scenarios happen. What they’re calling an extreme scenario is merely repeating the weather we had in the 2011 heat wave," Cohan explained. "If something happened 10 years ago, we can certainly get that weather again."

But energy experts and ERCOT officials said the Texas grid is much better prepared to handle hot summers than an extreme winter.

"Maybe the winds slow down and we don’t get as much output from our wind. We could have scenarios like that that then go back to normal in a couple hours, so we’re not likely to see power plants frozen for days at a time," Cohan added.

Experts said it’s unlikely the state will experience a repeat of what happened in February this summer, despite record demand.

"Many of us might be going through PTSD of what we went through in February when so much of the grid went down. What it’s looking like if we had a really bad heat wave or some unexpected events happen, we might have about a 10% shortfall rather than the 30% or 40% shortfalls we had in February," Cohan said.

ERCOT officials also said it’s extremely rare to have to resort to controlled outages, as it’s only happened four times since the 70s. 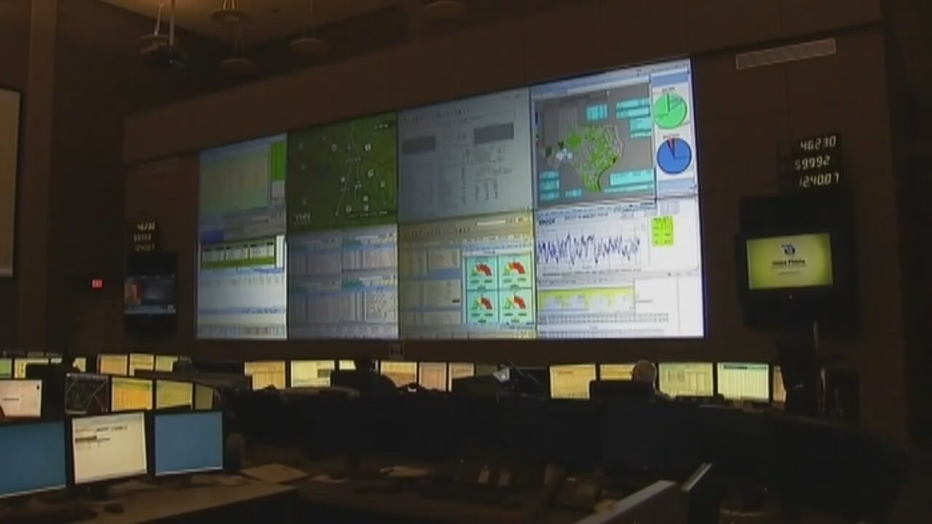 In April, on a spring day with temperatures in the 70s and 80s, ERCOT issued a conservation warning.

And Texans remembers what happened in February.

With that front of mind, ERCOT is pushing out more updates and created additional worst case scenarios for the summer.

"We recognize that we failed to appropriately communicate what the potential risks were going into the winter season. These additional extreme scenarios are our initial attempt to proactively try to, not only communicate what those extreme risks are, but try to restore the trust of Texans," Lasher said.

ERCOT is also doing something it hasn’t done ahead of the summer season, inspecting about 30 power plants to check weatherization plans.

"They are much more tuned to summer preparations anyway, so we really don't expect they wouldn't be doing those preparations," Woodfin said.

And the Texas Legislature is considering a number of bills to help prevent another disaster.

"They do have some contingencies of what might not be there and what will be there. They are clearly trying to de-risk it," he explained.

But he also said any plan needs action, not just words.

"In terms of whether you can trust them or not, I think time will tell. We will just have to see," Bullock said.

Right now, it’s unclear if any of the plant visits will be in North Texas.