A man who lives in the Medical District in Dallas is sharing his story about an attempted break-in at his apartment last week that happened while he was still inside. The man had some kind of tool and attacked the doorbell camera before trying to get into the home.

DALLAS - A man who lives in the Medical District in Dallas is sharing his story about an attempted break-in at his home last week that happened while he was still inside.

His doorbell camera alerted him just in time before the intruder was able to break in.

The intruder smashed in the lens. However, that camera was able to capture images. Now, his picture is being shared as a warning to people who live nearby.

Last week one night just around midnight along Kimsey Drive and Maple Avenue in the Medical District, one man was awake and says the bad guy took out the camera before he tried to get in the house. But he started yelling scared him off.

When Ronnie — who asked FOX 4 not to use his last name — opened the app connected to his doorbell camera, he saw something unexpected.

"I see this gentleman getting out of his truck, and I actually watch him live come up and knock off my camera," he recalled.

The man had some kind of tool and attacked the doorbell camera before trying to get into the home. 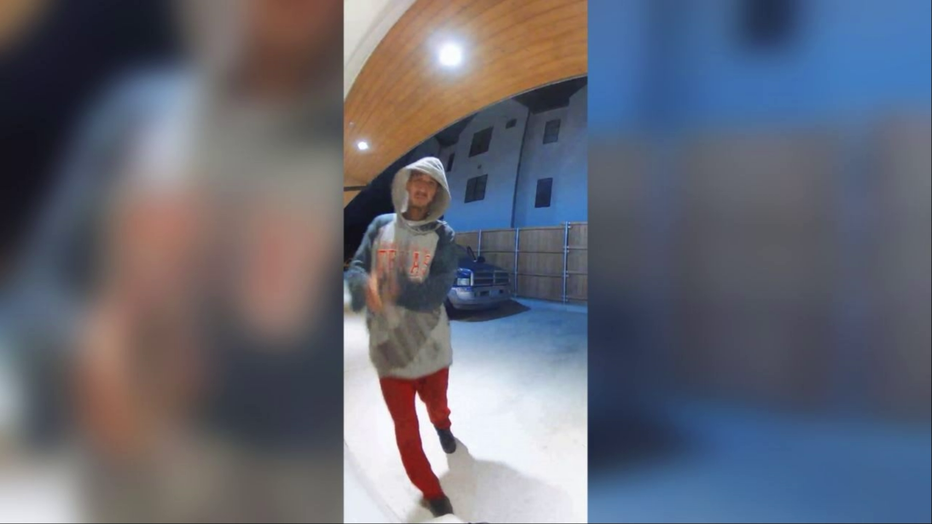 "It was bolt cutters. I looked at that video a million times," Ronnie said. "I yelled really loud. Just said, ‘Hey!’ Just to make a presence that somebody was home. By the time I ran downstairs and got to the front door, he was gone. He had already peeled back out, and he peeled out going that way."

The man drove away in an older model grayish Dodge Ram pickup.

Ronnie first called police and then went to his computer to post on Next Door. People responded.

"He was seen a couple of units down peering into other units," he said. "There is another video that shows him going into the new construction properties that are not occupied. Just shows him going in and coming out,"
Ronnie grabbed stills of the guy from his video and made posters.

"I printed out 50 flyers, went up and down the block. I posted it on everybody's door," he said. "One good thing that came out of it is that I got to meet a lot of my new neighbors."

Ronnie’s camera was chewed up by bolt cutters.

The company that made Ronnie’s brand of doorbell camera is sending him a new one for free. Ronnie advises anyone who doesn’t have a camera to get one.