AUSTIN, Texas - A man suspected in a downtown Austin fatal shooting has been arrested in north Austin.

US Marshals apprehended 21-year-old Ja Vaughn Katrell Clarke, who is accused of shooting 22-year-old Demetrius James Lee Jones on Oct. 30 on East 7th Street. Jones was found lying in the street by officers and died at the scene from his injuries.

A homicide warrant was issued for Clarke that day and the Austin Police Department request assistance from the Lone Star Fugitive Task Force to find and apprehend him. 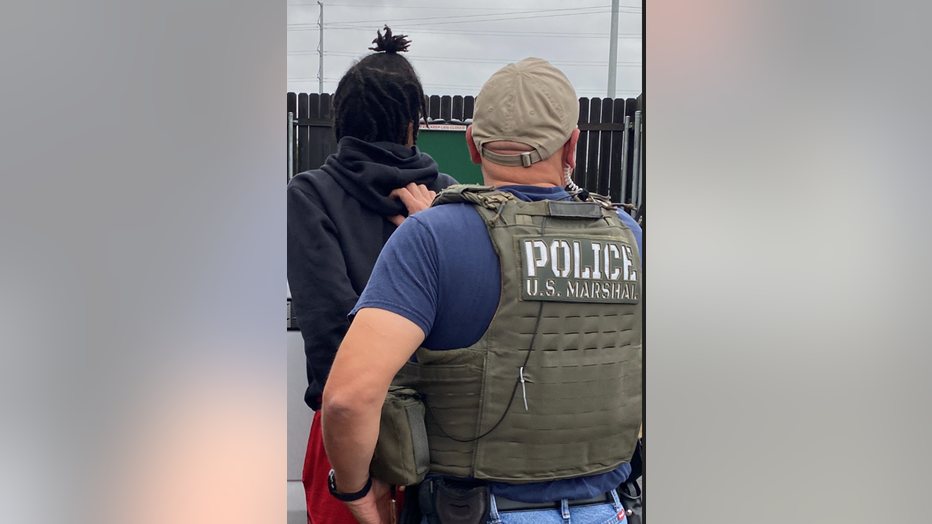 A fugitive investigation revealed he was known to live in the north Austin area, then earlier Friday that he was possibly at an apartment complex in the 13000 block of Dessau Road.

Clarke was found inside an apartment and arrested without incident. He was then transported to APD where he will be transferred to the Travis County Jail to await judicial proceedings.