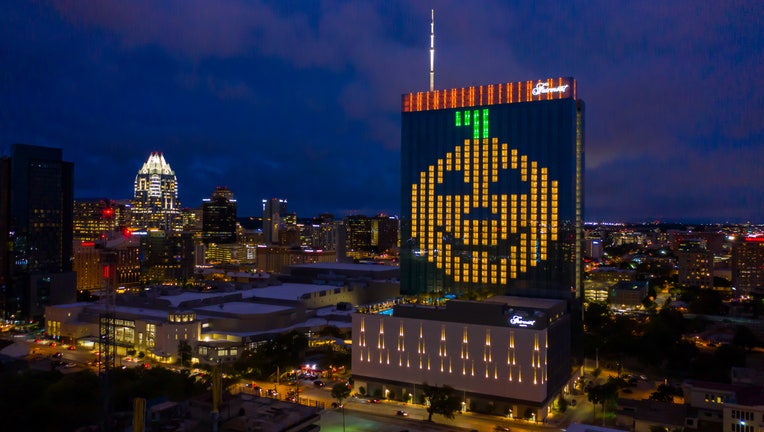 AUSTIN, Texas - The Fairmont Austin decorated the south side of its building with a spooktacular greeting for commuters and those walking around downtown.

The hotel on Cesar Chavez lit up with a giant Jack-o-Lantern.

Downtown hotel lights up for Halloween

The Fairmont on Cesar Chavez was lit up spooktacularly.

This isn't the first time the hotel has gotten festive with displays. It's also a sported a burnt orange Longhorn a few times the past year.