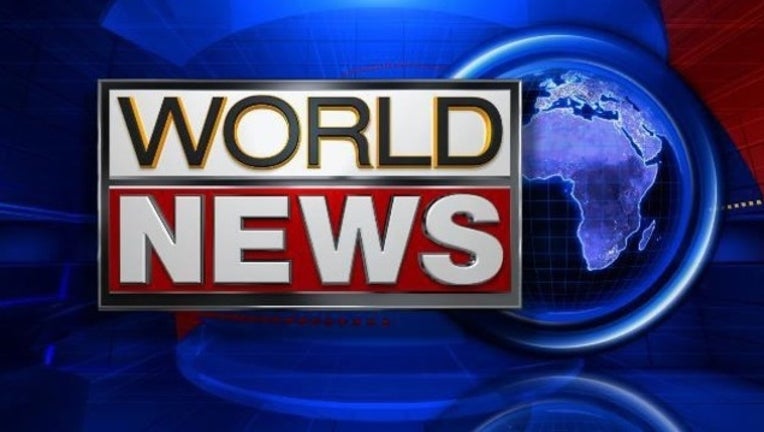 Police Inspector Leif Nystrom said there had been 32 reports of attacks by boys or young men at a three-day festival in the city of Karlstad, 300 kilometers (190 miles) west of the capital, Stockholm. The youngest alleged victim was 12. Police identified seven young men they wanted to question.

Meanwhile in Norrkoping, police told local media that they were investigating five cases of alleged rape and more than a dozen suspected sexual assaults at the Bravalla Festival in the city, southwest of Stockholm.

After playing in Norrkoping, British rock band Mumford & Sons posted a note on their Facebook site saying they were "appalled ... and gutted by these reports" of rape and sexual assault.

The band said Tuesday they would not play Bravalla again unless police and organizers could assure them that they are "doing something to combat what appears to be a disgustingly high rate of reported sexual violence."

Swedish Prime Minister Stefan Lofven described the situation as "totally unacceptable" and said that laws on sexual assault would be tightened.

"We are in the process of reviewing them," he said in a speech at a political seminar. "It's also important that we continue to ensure that police, prosecutors and other officials are better equipped to investigate such crimes and actually catch the perpetrators."

Nystrom told The Associated Press that police have identified the perpetrators at the event in Karlstad but that no one had yet been detained. He declined to give details of the suspects or comment on reports that the offenses were committed by migrants or foreigners, pending the outcome of the investigation.

He said the reports of sexual assault in Karlstad included groping but there were no reports of rape or attempted rape.

"We want to catch the suspects because we need to talk to them," he said. "The number of such cases has increased slightly since last year, but I'm really not sure if this is a common problem at festivals."

Norrkoping police spokesman Thomas Agnevik said that there were "very, very many people and they were standing close together" when a woman in her 20s said she'd been raped by someone who came up behind her at the Bravalla Festival.

The woman managed to get away but she was shocked and hasn't been able to describe the suspect and there are no witness accounts.

Agnevik did not give details of any suspected perpetrators except to say that the general impression is that they were "younger men."

Police at the Bravalla festival gave out bracelets saying "don't grope," but some festival goers were skeptical.

"It's a very good thing that shows sexual assault is something we need to deal with, although I feel that a wristband is not something that will help in the long-term," Amanda Brown said.

Earlier this year, Swedish police faced allegations of a cover-up for failing to inform the public of widespread sexual assaults against teenage girls at a music festival a year ago, which came to light in January when the Swedish daily Dagens Nyheter reported them following a string of sexual assaults and robberies on New Year's Eve in Cologne, Germany.

In neighboring Denmark, where the annual weeklong Roskilde rock festival attended by 130,000 people wound up on Sunday, police said they had reports of five cases of alleged rape or sexual assault, which police officer Carsten Andersen described as "nothing out of the ordinary at such a big event, although every single case is too much."