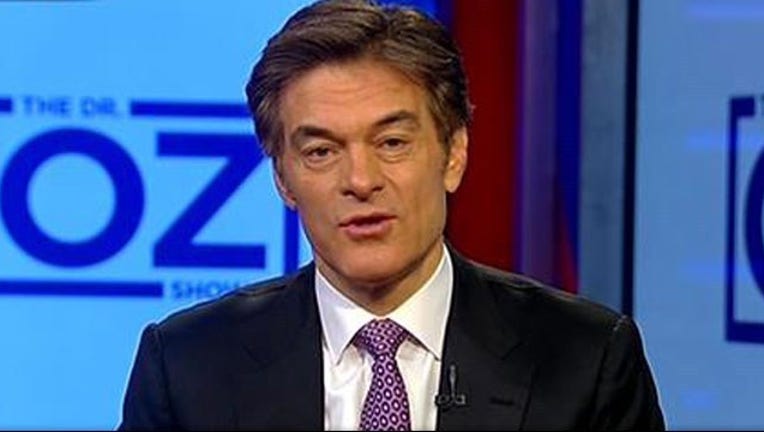 NEW YORK, New York - Vowing that "we will not be silenced," television's Dr. Oz is fighting back against critics who are trying to get him removed from a faculty position at Columbia University.

Dr. Mehmet Oz will air an episode of his syndicated talk show on Thursday that specifically takes on the group of 10 doctors from around the country who wrote to a Columbia dean about him. The group suggested last week that Oz promotes "quack treatments" of weight loss supplements with no scientific proof that they work.

Oz taped a message previewing his show where he said he knows he has alienated people in "our quest to make America healthy."

But he said freedom of speech is a fundamental right of Americans, and the other doctors are trying to silence him.

A previous story about this is as follows:

NEW YORK (AP) - Columbia University has not removed TV celebrity doctor Mehmet Oz from his faculty position as a group of top doctors has demanded, citing his "egregious lack of integrity" for promoting what they call "quack treatments."

"Dr. Oz has repeatedly shown disdain for science and for evidence-based medicine," said a letter the 10 physicians sent to a Columbia dean earlier this week. They say he's pushing "miracle" weight-loss supplements with no scientific proof that they work.

The New York Ivy League school responded Thursday, issuing a statement to The Associated Press saying only that the school "is committed to the principle of academic freedom and to upholding faculty members' freedom of expression for statements they make in public discussion."

Oz first came to public attention as a frequent television guest of Oprah Winfrey. For the past five years, he's been the host of "The Dr. Oz Show."

Oz was not reachable Thursday night at his Columbia office number, which played a recorded message explaining how callers could get tickets to his TV show.

Led by Dr. Henry Miller of California's Stanford University, the doctors sent the letter to Lee Goldman, dean of Columbia's Faculties of Health Sciences and Medicine. The nine other doctors from across the country included Dr. Joel Tepper, a cancer researcher from the University of North Carolina School of Medicine, and Dr. Gilbert Ross of the American Council on Science and Health in New York City.

The doctors wrote that Oz, for years a world-class Columbia cardiothoracic surgeon, "has manifested an egregious lack of integrity by promoting quack treatments and cures in the interest of personal financial gain." They said he has "misled and endangered" the public.

Last year, Oz appeared before a U.S. Senate panel that accused him of endorsing products that were medically unsound. At the time, Oz acknowledged that some of the products he advised his viewers to use "don't have the scientific muster to present as fact."

A show representative did not immediately return a call Thursday from the AP seeking comment.