The Dreamers know their time in limbo won’t be ending anytime soon.

It was President Barack Obama who put Deferred Action for Childhood Arrivals or DACA into place.

Created under the executive order, DACA gives some undocumented immigrants brought to the United States as children the opportunity to receive a renewable two-year period of deferred action for deportation and become eligible for a work permit.

“If you were brought here without really knowing what your country of origin is like, then I think this is definitely home,” said Kelvin Lopez Garcia, one of thousands of dreamers from Texas who will be protesting at the Supreme Court Tuesday.

Lopez-Garcia says he did not know he was not a U.S. Citizen until he turned 16 and tried to get a driver’s license and a job.

“Yes, I’m going to call myself an American, because for all intent and purposes this has been my country since birth,” Lopez-Garcia said. 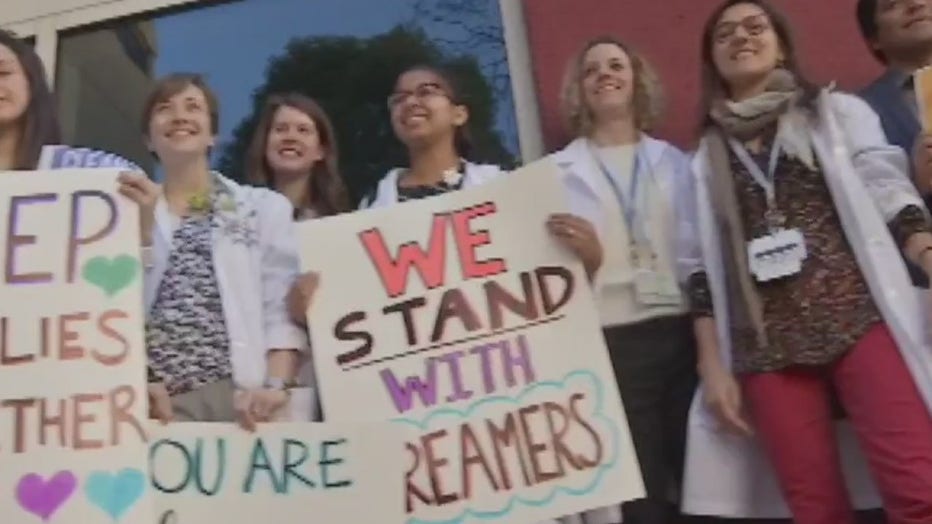 On Tuesday, the Supreme Court will hold a hearing to decide whether the Trump Administration can end the DACA program.

“You go from being given hope to a state of hopelessness,” said Lopez-Garcia.

The Supreme Court must rule on a complicated issue. President Trump is trying to rescind the policies of his predecessor. Polls reveal most Americans are in favor of DACA.

But it’s the Supreme Court’s opinion that matters and if it agrees with President Trump, then Lopez-Garcia and hundreds of thousands of other dreamers will not only be deported, they will be easy to find.

“The government now has our personal information as to where we reside where our families reside because they asked for all of that information during the application process,” Lopez Garcia said.

The Dreamers know their time in limbo won’t be ending anytime soon.

The earliest the Supreme Court is expected to have a decision is March 2020.