NEW BRAUNFELS, Texas - A driver has been arrested and charged with intoxication manslaughter following a fatal head-on collision in New Braunfels on Sunday that left a 28-year-old woman dead.

According to police, first responders with the New Braunfels Police Department and the New Braunfels Fire Department were called to the 2500 block of South Highway 46 South, at Center Street, around 2:15 a.m. Officers arrived and found that two vehicles, a white Dodge pickup truck and a blue Kia Optima, had been involved in a head-on collision.

Based on the preliminary investigation, the Dodge pickup truck was traveling northbound towards New Braunfels when it veered into the southbound lanes of traffic and struck the Kia head-on, causing the truck to roll over onto its side.

The driver of the pickup truck, a 33-year old male from New Braunfels, and his 6-year old daughter suffered minor injuries in the crash and were medically cleared by EMS at the scene. 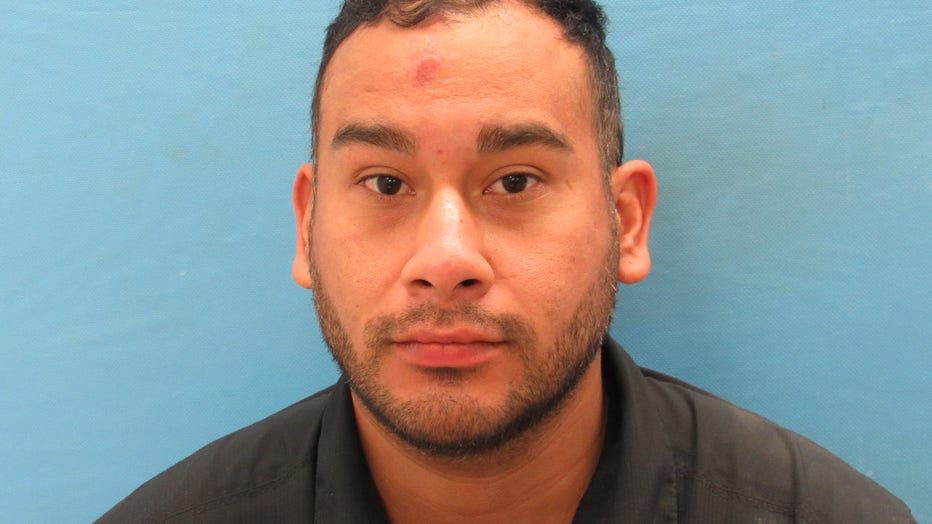 33-year old Jacob Perez was taken to the Guadalupe County Jail where he was charged with Intoxication Manslaughter.

The driver of the Kia Optima, a 25-year old male from Seguin, suffered serious but non-life-threatening injuries and was transported by EMS to the San Antonio Military Medical Center (SAMMC) in stable condition. The female passenger of the Kia was pronounced deceased at the scene.  She has since been identified as a 28-year old Sevannah Shay Mata from Olmos, Texas.

NBPD officers investigating the crash noted that the driver of the pickup truck showed signs of intoxication and conducted standard field sobriety tests.

33-year old Jacob Perez of New Braunfels was then taken into custody and transported to a nearby hospital for a voluntary blood draw. He was then taken to the Guadalupe County Jail where he was charged with Intoxication Manslaughter.